03/10/2009
A trip over to the NY Moors a couple of weeks ago
A couple of weeks ago I visited the North Yorkshire Moors with Dave Tolcher, obstensively with the intention of photographing some of the wonderfull trees covered in red berries.

This year seems to have been a superb one for rowan trees, mountain ash and other similar trees and we were both determined to have a go. Dave had spotted a valley on the moors whilst driving the week before that was covered in mountain ash dripping with red berries.

In the event, it proved to be a very challenging location. Superb as the trees were, their configuration meant it was extremely difficult to find a satifactory composition. In particular, it was very difficult to get the main elements of the composition to resolve themselves properly.

I set up a couple of times but each time I realised the image was unlikely to work and I packed up without making a picture.

Eventually, I came up with this composition and I made an image. I decided to run a grad across the line of the green ferns to ensure that the tree and background didn't over darken and put the grass at +0.5. The result is a trannie that is very easy to scan and for which the contrast between deep red and green colouring looks fabulous. 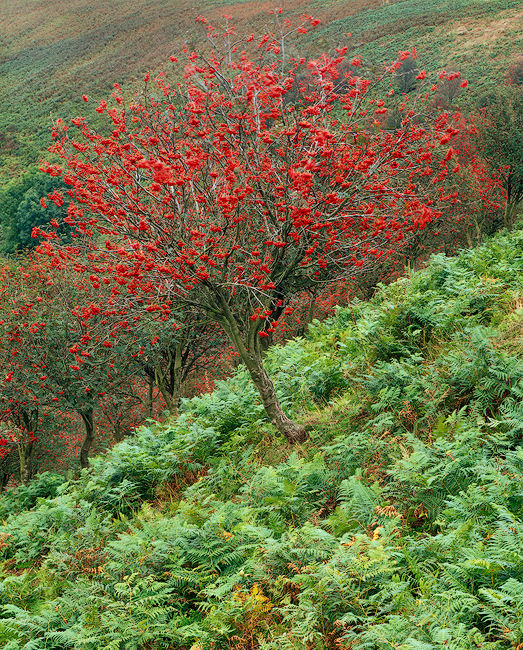 The following morning was one of those odd dawns that almost never seemed to get going. There was very little colour and a bank of cloud prevented early sun. I setup with very little hope, only encouraged by the bank of clound and mist rolling down over Ravenscar.

In fact, it was worth waiting (Dave had hinted as much having seen the RHB web cam earlier in the week) and strangely the light suddently came good about 30 minutes after the sun rose. For a few minutes we were bathed in glorious yet subtle light and having remained set up I was able to make the following image. 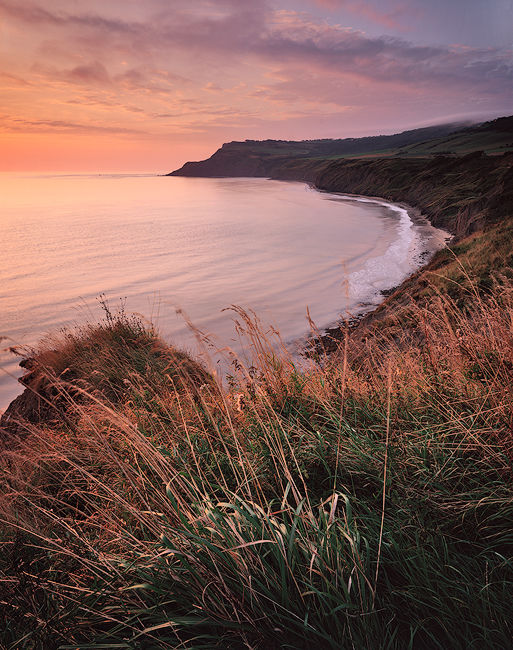 After making the image, I dashed over to see my parents in Hull and went over to the KC stadium to watch Hull City lose once again to Birmingham. You can't win them all.
Horcum again
Late Summer Pickies
Next
Previous