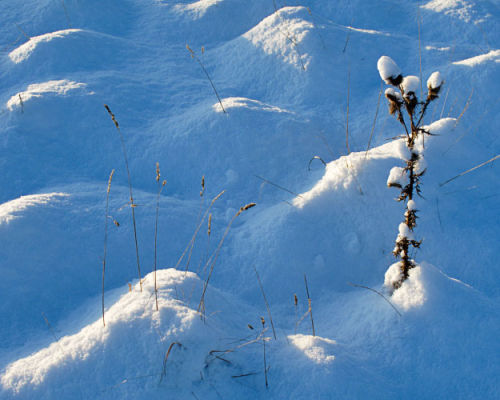 
I braved a dawn trip out to the wolds in the snow this morning with Paul Moon. We were rewarded, the conditions and scenery were as magnificent as anywhere I have been in the snow. We worked close to Paul's home village of Nunbernholme looking down to the village of Warter. There was a beautiful pre-dawn but I'll save the dawn image for when the LF comes back. Once the light came up it became challenging for Vistas with virtually no clouds but the blue sky made for some interesting details. I shot the one above on my G10 and I made a different LF image following the same theme which I hope has some potential.

We worked a couple of valleys until lunchtime when the edge of a front/band of cloud (shown in the image below) started to come through and we felt hungry.

Just before we reached the car, I made this image of the edge of the front (it turned out to be a weak occluded front) advancing on a crossroads of power lines serving the nearby villages. Ironically I had spent a lot of the morning trying to avoid the lines in my compositions!

I made a valiant attempt to make the image on LF but just missed the fabulous cloud configuration as the interesting cloud and slight blue colouring evaporated away. An excellent outing. 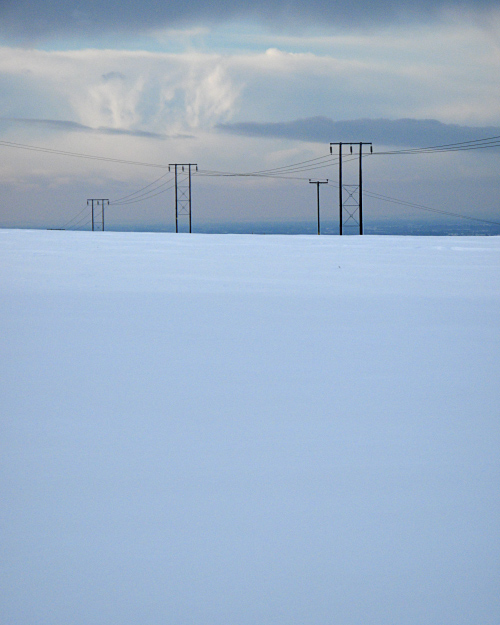