A very frosty morning in the Wolds 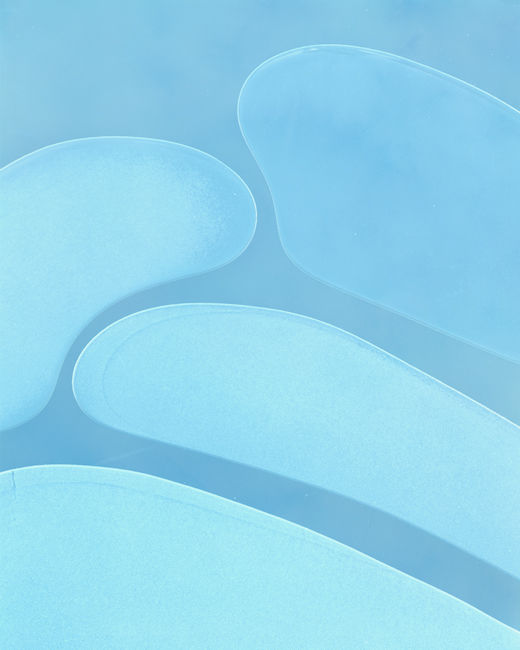 
I had my first run out with my new TK last Sunday in the Wolds with Paul Moon. I picked Paul up just before 6:15 and we headed over to Bailey Dale, a new dale for me. The car was saying that the temperature was -5 degrees when we parked up and the frost was quite superb.

Unfortunately, the sky was virtually cloudless so although I setup for dawn, the image was never really going to work well in such conditions. Once the sun was up we sought some shade and I made the first image with the new TK that I am really pleased with of the grasses at the bottom of the dale in the shade. This is a theme I am currently exploring - that of finding ways to make the complex and seemingly chaotic work within the confines of a frame. 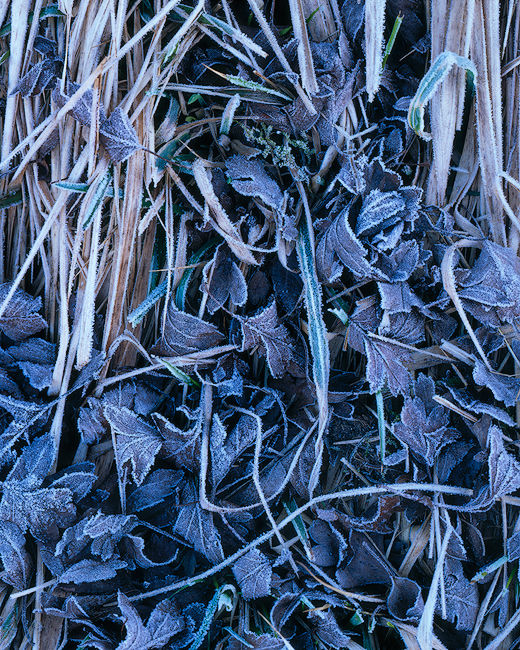 'A Frosty Morning in the Wolds'


Using the TK was a dream - it is significantly better to use than the mark 1 versions I have been using. There are catches on each of the movement locks to 'zero the movement' and they work with a resounding click. It is impossible now to accidently leave a little swing on the camera, and much easier to setup - I just click it open. I am continuing my practice of always packing the TK away without a bellows on: choosing whether to put the standard bellows or bag bellows with each picture. I also found the screen much brighter than the older TK screen and for the moment have done away with my Fresnel.

The detail in this particular trannie is quite astonishing - you can see every last frozen droplet. I'm looking forward to a large format print of this one very much. This is the kind of image I really like to make, rewarding attention from the viewer - each blade of grass seems to resolve itself somehow. I particularly like the tiny shoots of green.

We headed back to the car, aiming to head over to one of the other valleys in Millington that might reward this kind of light. I had just packed my bag in the car and was enjoying an excellent cup of warming coffee that Paul had brought with him when I noticed a puddle with ice in it. It was the kind of puddle that could easily have been created by the wheal ruts of the farmer's land rover, but in it it had the most wonderful frozen air bubbles. I started examining them and one thing led to another and I had to unpack the kit.

I made the image at the top of the page with the help of Paul - I needed him to shade the image using my dark cloth as the sun was well up. I knew the reflected light from the blue sky in the shade would colour the image a lovely blue and mitigate the slightly 'muddy' colour we could see in the sun.

Driving back to Millington I got distracted again as we drove past Warter Village pond. I had to get out and scout it. It became clear once again I would be reluctantly forced to setup an image. I made this one: 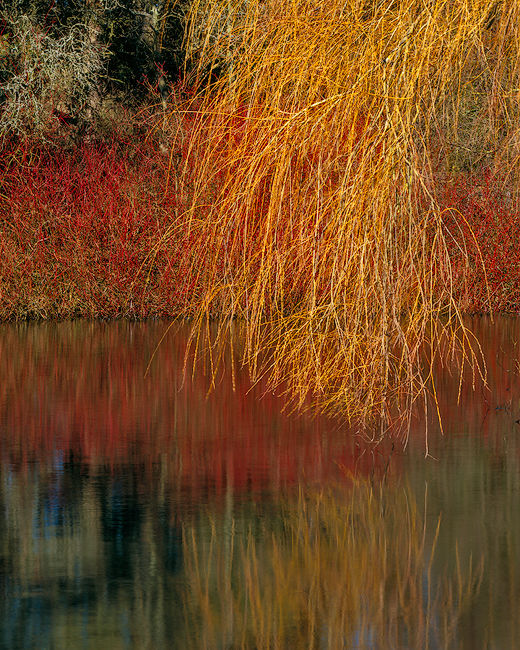 
By this stage it was getting towards mid morning and the sun was very bright. We drove along Millington, pausing only to stop off to admire a magnificent owl watching us from a hole in a tree right next to the road, but the angle of the light wasn't really working so we went on over to one of our favourite haunts to explore an area we had both made images last year. I found the light too harsh by this point and we ended up scouting out a couple of interesting locations which I will save up for the right conditions.

A magnificent and successful morning.

I have also restructured my gallery to better represent the kind of images I am making at the moment. I have two distinct motivations for making pictures: one is simply to document and record places I like; the other is to explore photographic ideas and themes. As I make 95% of my image in places I already know, you can imagine that both these objectives tend to be at play when I photograph. I don't see them as opposite ends of a pole (the much debated 'windows' and 'mirrors' dichotomy), rather that they both tend to interact and influence each picture I make. There are five portfolios of images based on five themes that I have been exploring in my image making. The second five portfolios focus in on places that I have photographed and love. I hope you like them.
More Skipwith Experimentation
Winter 2010 Glencoe - Coe and Nevis
Next
Previous