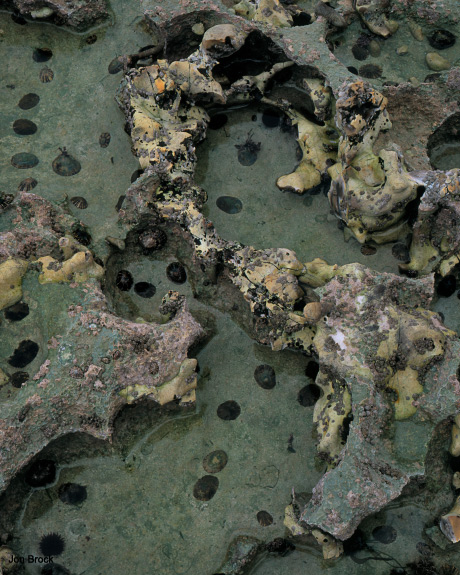 
On Easter Monday I managed a day out in and around the wolds with the old man. It was an overcast day and low tide was due around 3pm so during the morning we visited an area in the wolds recently shown to me by Paul Moon. Unfortunately I am going to have to Blog the two composition I made here at a later date as I forgot to process the images - I left them in the glove compartment of my car.

So around Lunchtime we headed for the coast. Frequenting a pub in Flamborough for Lunch we headed down to one of my favorite beaches in that area, Thornwick Bay.

The tide by this time was almost fully out and we revisited an area of the beech we had discovered together about 2 years previously. It has some wonderful patterns and after much deliberation I made the above image.

I love the subtle range of colours and the spiral shape, even if I am not totally sure yet about my choice of composition. I was particularly captivated by the line of limpets in the left and I altered my planned composition after I set up to include them.

After this image tried a second detail with the sea weeds which I am not fully comfortable with. I do like the subtle lighting and texture of the weeds and the contrast with the purple but I am not happy with the composition. Work in progress I think. 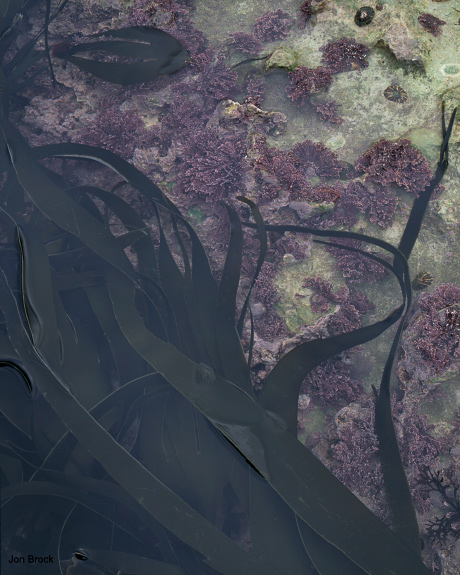 
We scrambled around on the rock and I examined an area that I have not photographed yet. I made the following image more as a tester than anything else - I think I will return here again to make another image. This is by way of an early sketch. 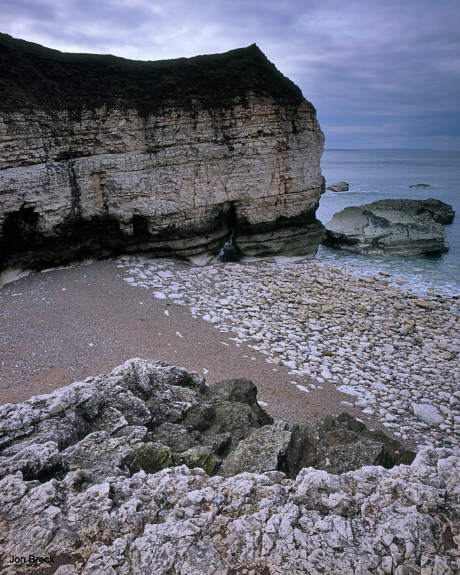 
I considered staying for sunset, but although we got a brief burst of sunlight soon after I made this image, the cloud low in the sky was fairly heavy and with an early start the following morning I decided to head back home.
Winter in Glencoe Revisited
More Skipwith Experimentation
Next
Previous