06/06/2010
A couple of trips out to the wolds were conditions implied 'details' were the order of the day. 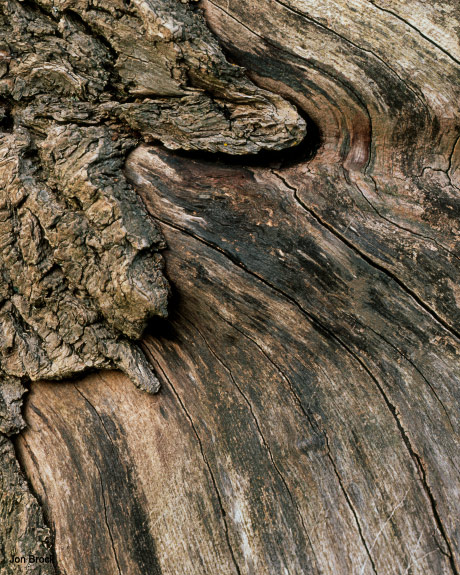 In the weeks before the Hawthorn Season kicked in in the Wolds, I made a couple of scouting trips to inspect some of my favourite haunts and check on the progress of the little white flowers.

The second of these was with my son Henry on a Friday evening. We climbed up and around one of the valley's but it became clear that whilst Hawthorn was out lower down, in the valleys it was still a week or so from being ready. It was also resolutely cloudy, so after scouting out a couple of images, I turned my attention to a difficult subject I have had my eye on for a while - a fabulous burned log.

I first looked at this last year and recognised the potential even then. However a combination of bright sunlight and a rather loud buzzing noise eminating from the log deterred me from giving this subject my full attention at the time.

This time there was no reason not to give it a go as there was little chance of a late burst of light for other subjects. I setup the composition at the top of the page. A big thank you to Henry who assisted me and pressed the shutter.

A few weeks before that, I had re-visited Kilnwick Percy in similar conditions and made this image of one of the wonderful trees there. I double exposed the 'A' image, but recently received the 'B' image back from Peak. I processed this one last night after watching Dr Who with the kids... for some strange reason I keep seeing a monster in the bark! 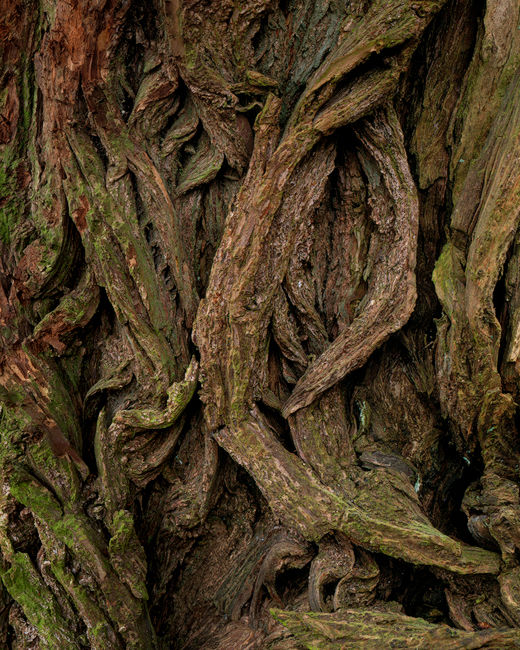