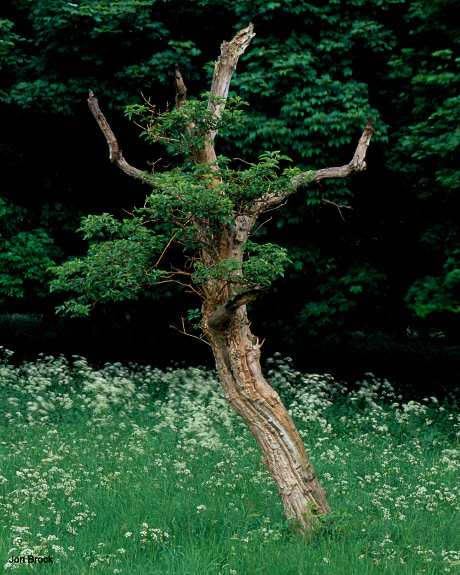 'The Elder Man at Dusk'

The weekend I got the results back from the shot I made of the Elder Tree I managed to get out late on the Sunday evening. I had been so disappointed by my dreadful composition that I wanted to rework this subject and do it more justice.

The conditions were overcast and there was a slight drizzle in the air but I believed that these would be perfect conditions to revisit both the tree and another group of trees I had my eye on.

I visited a group of Hawthorn Trees first. They were a particularly difficult subject and I considered a whole range of possible viewpoints before settling on the composition I made here: 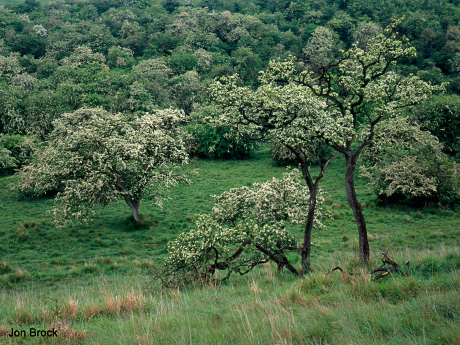 Whilst it is unusual for me to depart from 5x4 format, I don't mind a slightly wider longways view so much and here it felt the right thing to do. I think the result justifies the decision and I may examine this option a few more times in the future. My ground glass has a couple of wider composition lines which I may explore using, particularly for Skipwith as I have struggled to make upright compositions work in some of the more interesting parts of that area. Something to think about.

Just as I was packing up I felt it start to rain a little more heavily. I should really have given up at that point, but something told me that the Elder Tree could actually be quite special in these conditions.

This tree is magnificent. He sits calmly and majestically at the corner of a wonderful meadow overlooking the valley network of Millington. I made the above image fairly quickly. I was confident of the composition I wanted, having examined the tree four or five times now and I set it straight up. I used a saver filter on the lens, which I removed at the last moment, to avoid the lens getting drenched for it was raining heavily now.

The rain combined with Velvia has done what other conditions could never have managed, causing my subject to glow. Perfect and nice to do some justice to him. The only thing is I also noticed that he was about to flower, so perhaps this isn't the end of the story...
Frendal Light
Bank Holiday Weekend in the Wolds - Monday
Next
Previous