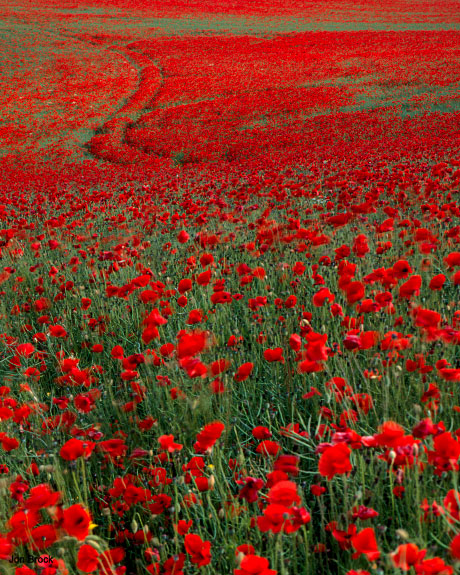 'Poppies in the Wolds'

I got out twice last Sunday, meeting Paul Moon for an early morning start and getting out again myself in the evening. Unfortunately, due to the morning images not having come back yet I am having to blog these outings in the wrong order.

Never mind, the thing that triggered me to go out twice in one day was a field of poppies we found near Millington. Both of us had independently spotted the field a couple of weeks earlier but when we scouted it, it turned out to be very special indeed.

Anyway, the above image was the second composition I made on my return visit, focusing directly on the field and it's relationship to the tractor tracks. I used an extreme rear tilt on the camera to change the perspective and relative balance between the foreground and the background, effectively magnifying the tractor tracks. I also managed to catch the image just as a blast of light hit the tracks in the background. Very pleasing, if rather red.

The first composition was using a wonderful group of wild flowers in the foreground. Whilst I quite like this idea, I am hoping it is better implemented in the images from the morning. 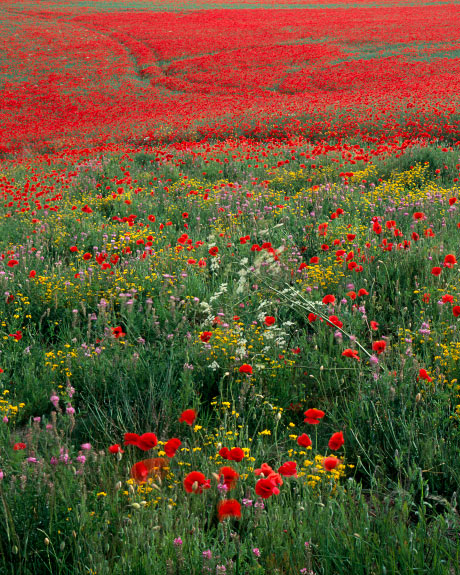 More to come, I hope (one of the nerve racking things about film is when images don't come back on time.)
Sunday Morning Poppies and Barley
Bishop Wilton with Light
Next
Previous