21/08/2010
Day one of a trip up to the NYM to meet up with Dave Tolcher
I arrived back from my holidays in Italy last Sunday itching to get out and make some images. I didn't take my camera with me, but I did manage to finish the first draft of my book text so I was inspired to make a few images.

Early the following morning I headed out to meet Dave Tolcher and his friend Tim Hodgson at Thomason Foss. The Foss is one of my favourite places to photograph and after a couple of false starts I made an image of the waterfall that I am quite pleased with. I was particularly attracted by the branch over the fall and found the place where it was best separated: 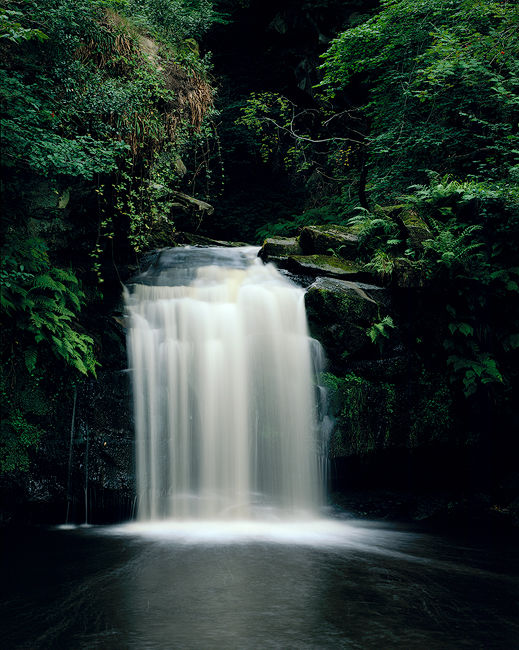 In the world of digital HDR 'render every pixel a bright midpoint' photography, it is quite refreshing to be able to make a satisfactory image with plenty of blacks.

Noticing the ferns at the side I went over to investigate and found a magnificent one that seemed to dominate the others. Considering it for a while I ended up using a 450 to isolate it from a distance and made this image: 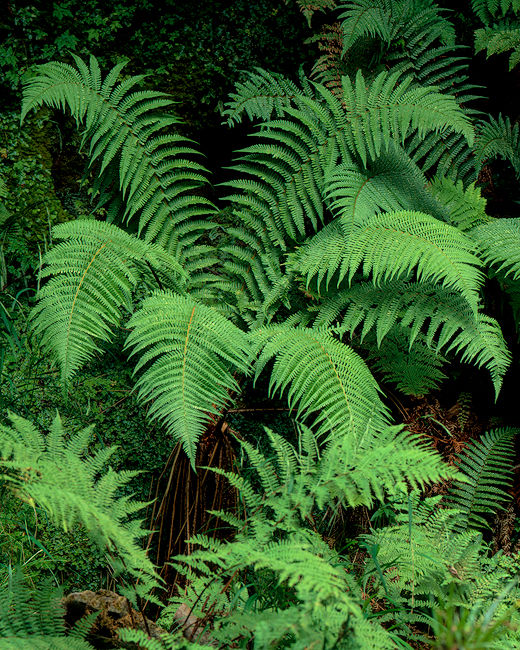 Dave and Tim by that stage had begun to head back to the pub for Lunch. As I caught them up we stopped briefly at the tree Dave and I have been looking at for several years now. I have set it up several times only to not make the image because something wasn't right. We started to examine it again and carefully worked it together to try and find a perspective on it that might be successful. Dave chose a 180 and I, predictably, tried the 240. A bit of a Brock & Tolcher composition this one: 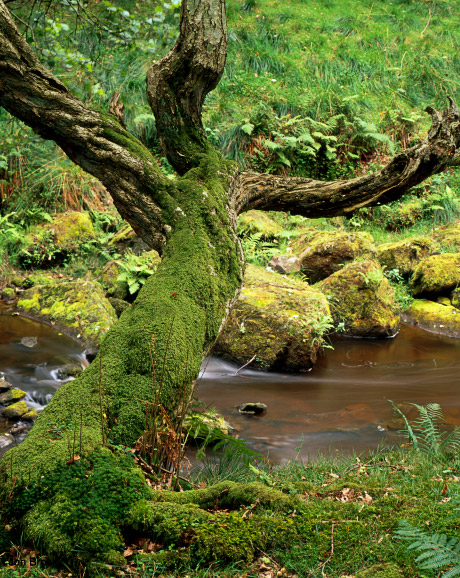 Getting there, though there is still some way to go to get the ideal conditions, composition and realisation. This is the closest we have come.

Stopping for lunch (Sandwich and a pint) at Beck Hole we headed over to Port Mulgrave for the afternoon. A fabulous location that I have barely scratched the surface at. We headed straight for a cave Dave and I had scouted the previous visit, a product of past Alum and Ironstone workings.

My first composition was a bit of an explosion of colour: 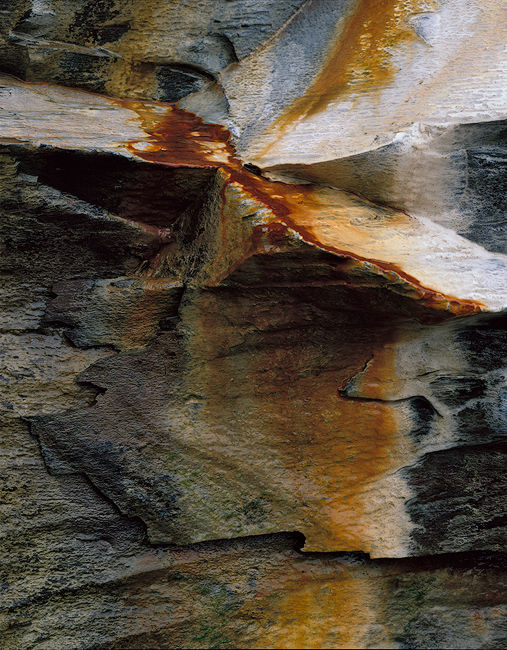 What is interesting about this image is the 'hidden depth' it has. Dav Thomas pointed it out to me; the rock has a face looking straight out at you. Once you have seen it, you wonder why you couldn't see it before. Pictures within pictures. I like to think it is the echo of a past Alum or Ironstone worker.

Once Dave cleared the cave itself (he made a nice wider view of it) I made a beeline for a potential abstract image I had seen and managed to realise this one: 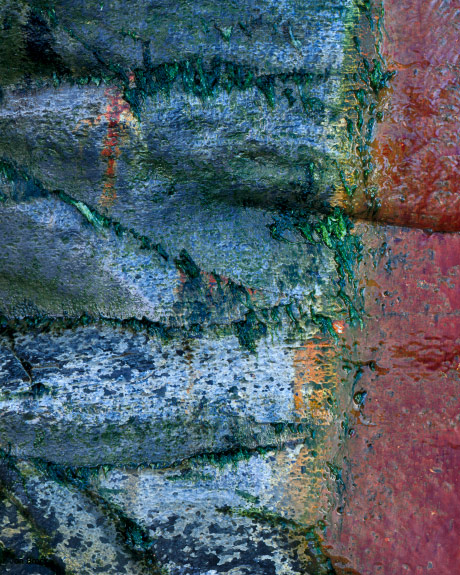 By this time the soft cloudy bright light started to give way to some clearing cloud and then blue sky. Tim was eager to get to Whitby for sunset but just as we were leaving I spotted a fabulous pool that just had to be photographed in these conditions. Dave went on with Tim and I stopped to make this image of the rock pool: 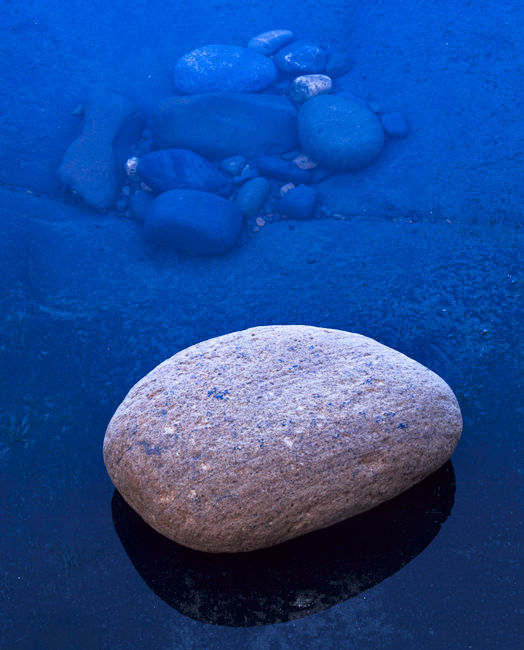 Blue sky reflected in the water is an old technique of mine but one that I still like. I particularly love the above water, below water juxtaposition of the rocks.

I caught them up at the top of the Whitby steps and after scouting out another potential steps picture for a future dawn shoot, I decided to setup my 450 over the rooftops to catch the last few minutes of sun. 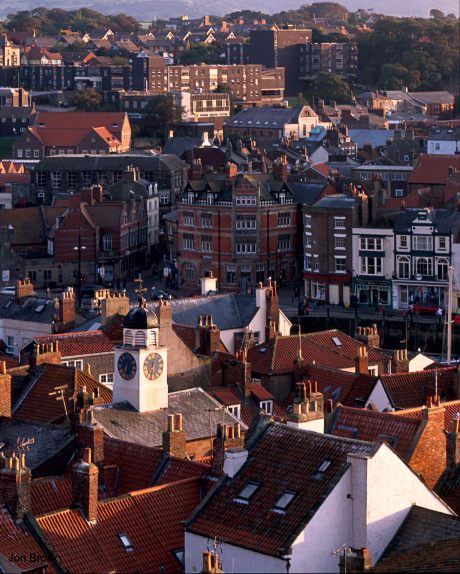 I packed up to walk over to where Dave was setting up at the top of the harbour and just this once I couldn't resist giving the harbour a go myself. The light was lovely, though it is a shame the harbour water itself was not calm enough for quality reflections. 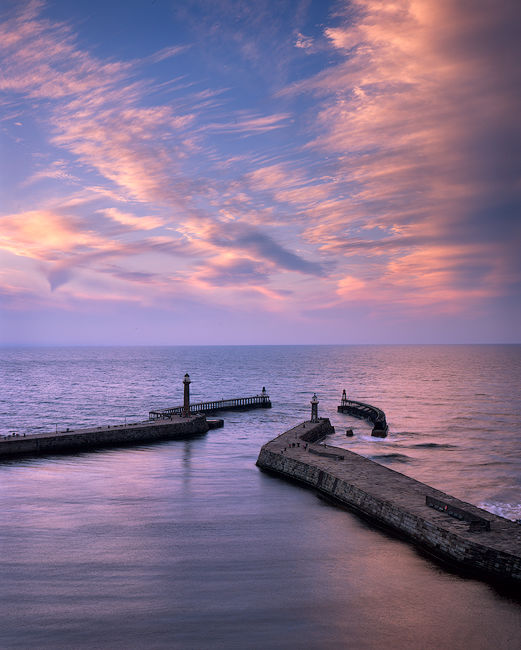 Fish and Chips in Whitby rounded off a magnificent day's photography.
North Yorkshire Moors Day 2
Drums and Pizza
Next
Previous