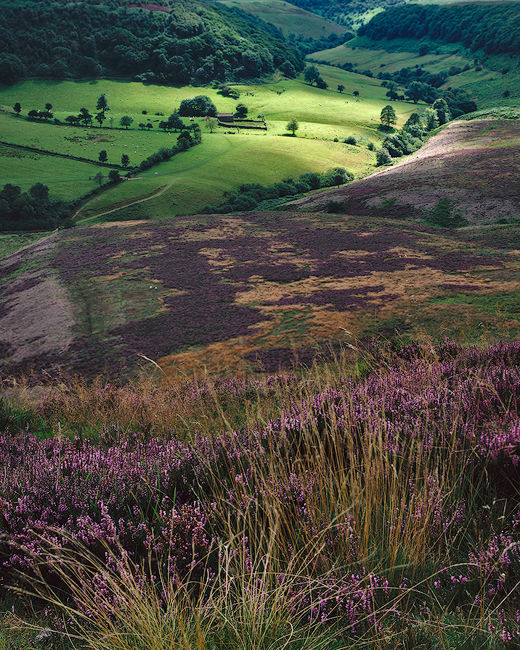 Dawn at 4:30 didn't happen as a bank of cloud gave us a welcome chance to catch up on some sleep. Dave and Tim were travelling back in the morning so I decided to work the North Yorkshire Moors close to Horcum.

I had noticed that the heather was out around Horcum, though strangely not closer to Goatland, so after breakfast I headed through Whitby on to the tops.

Initially stopping at Fen Bog, because it was cloudy, I searched and found a nice patch of heather. I made two images. The first was a magnificent fern. In fact it was the small curly fern that initially caught my attention and it became clear it might work well with the larger one. I setup but had to wait a fair bit for the wind to die down before I could photograph. 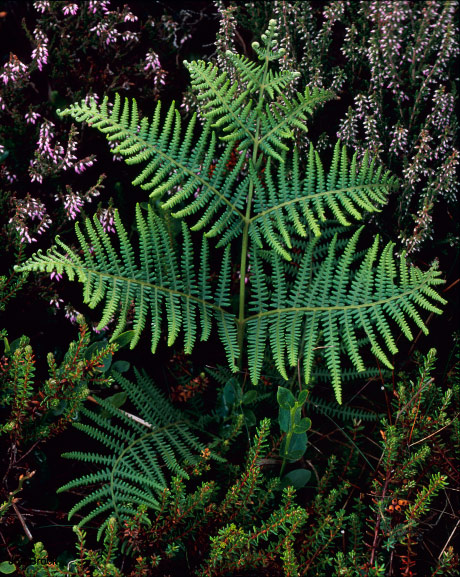 I am very pleased with this one. The second image was challenging only because by this time the sun had started to peak through the clouds and I had to wait for quite a while for it to pop back behind a cloud. 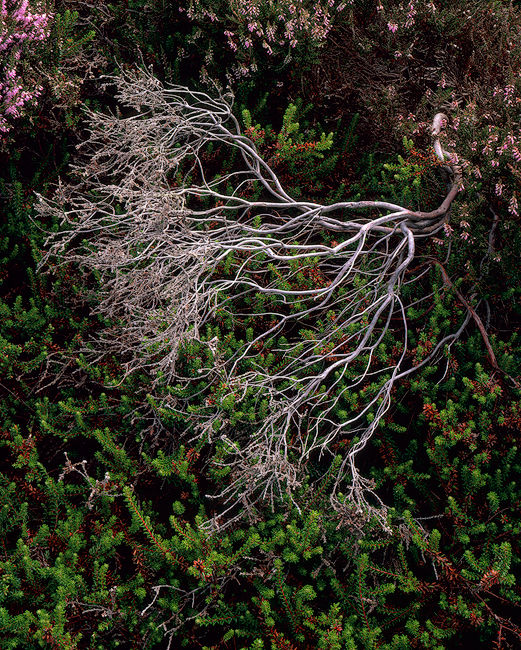 It was clearly time to push on up to Horcum and I initially re-worked a couple of older compositions in the fine August conditions. My favourite was this image: 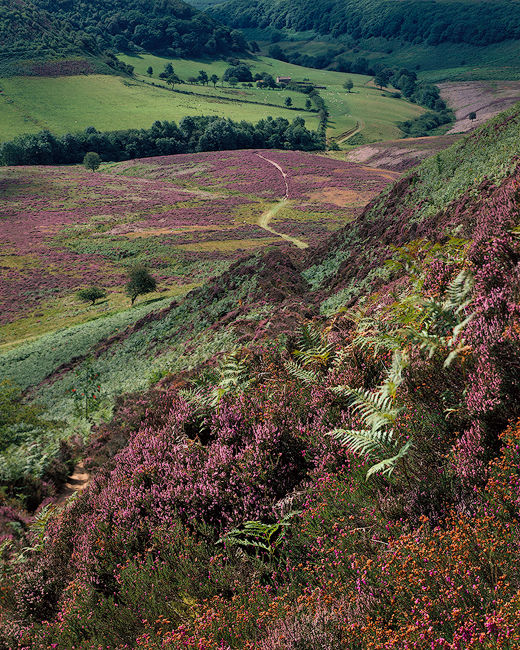 A year ago I made this composition at the wrong moment with sky included. A year in the wolds since then has taught me differently.

After feeling fairly pleased with making this image I scouted right round the top of the hole finding a number of potential images but I finally settled on a composition looking down the valley towards Levisham. I had first walked along this valley from Levisham about twenty years ago on a walk with my parents, before walking on up to the Bridestones.

Of course by this time the sun had gone and although I was setup with my 240, I had to wait a fair amount of time for bursts of light to come through. Predictably all spotlights skirted the edge of my picture. I knew I had to wait for one to hit the barn. Eventually around 2pm it happened with almost the last chance; a heavy bank of cloud was starting to form to my right. I manage to make one sheet on Velvia - the 'spotlight' image at the top - before it became clear that I could say 'thats all folks...' There was not even a chance to reload and make a second image.

I tried out a couple of new techniques that, combined with approaches I developed whilst working in the wolds, seems to have added a few more of the missing jigsaw pieces in how I can see and make images in places like this.

It has been a very productive couple of days. Believe it or not this is almost the first trip I have done outside the wolds since February and 15 Compositions in two days has to be a record for me.

I think there has been something about working in the wolds for so long that has developed my photography in ways that otherwise I might not have contemplated. The wolds is a very hard place to make images - every one has to be worked at. It takes a real effort to dig out each image and very few images are handed to you on a plate. And I have been making images nearly every week, sometimes twice a week.

Returning to places where there is lots of potential subject matter meant that relatively I found image making a lot easier than I had done before. Interesting food for thought and an excellent two days of photography.
Scoar Dale Trees
North Yorkshire Moors Day 1
Next
Previous