17/09/2010
A trip up to the North Yorkshire Moors with Dave T
Last Friday and Saturday I got away for a short trip to the North Yorkshire Moors with Dave Tolcher. Travelling up first thing on Friday morning we met up at Dave’s house and then travelled on to visit the bays north of Whitby. We had a successful trip up there a couple of weeks back but both of us felt we had spent insufficient time working these interesting, industrial scarred locations and that there was a wealth of unfinished business and new opportunity to be mined.

So it proved and the first three hours felt like I was in a bit of a purple patch (more accurately blue). We started by working some sea huts and boats that we found. Holding myself back for a good 20 minutes, I could resist no longer and I made my first image of the day: 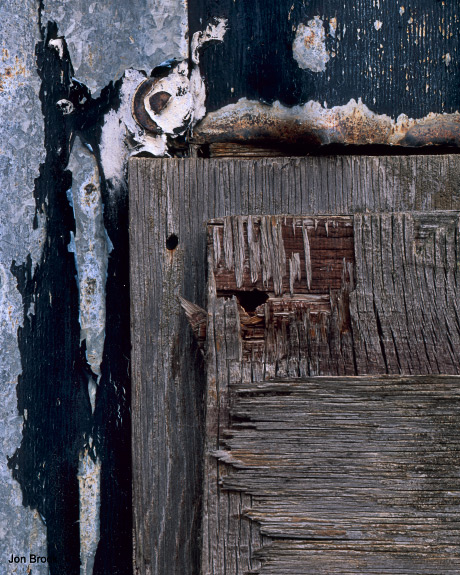 The cloudy bright conditions were perfect. I was in a mood to make quite graphic and expressive images and this idea of repeated layers of squares appealed to me. I find now, when I get into the zone, that making images often moves beyond merely photographing a static subject – it feels more like free drawing, like I can take a graphic idea or representation of shapes and fit the elements of the image into that idea. I’m not sure if that makes sense but it is the best way I have of describing it. At its worst, of course, this could look forced and un-natural. But when it works, it feels totally different from merely ‘taking a picture’.

I moved on to check out a series of boats. Whilst Dave investigated some fabulous rope, I found a hole in a boat that really appealed. I was particularly interested in the blue painted interior and the drips of paint on the decaying wood. I setup this image: 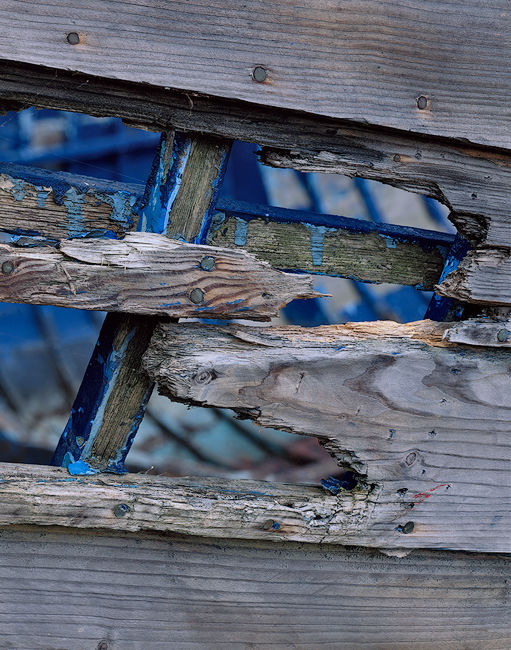 It is a little ‘Wardian’ perhaps and it is quite a departure for me both in terms of idea and subject matter. I find the blue and grey lovely.

Buzzing now, I moved on to join Dave on the beach. There was loads of interesting material to photograph, though some large seas had left a trail of seaweed everywhere that limited the potential for some of the interesting rock shapes. Furthermore, although the sky was blueing up (perfect for work in the shade), the wind increased as well and it made rock pool work quite difficult. Whilst Dave was playing with an outstanding block of sandstone, I came up with an interesting idea. I noticed that a section of grey rock had a fascinating shape which would be coloured blue by the sky in the shade and I set this image up: 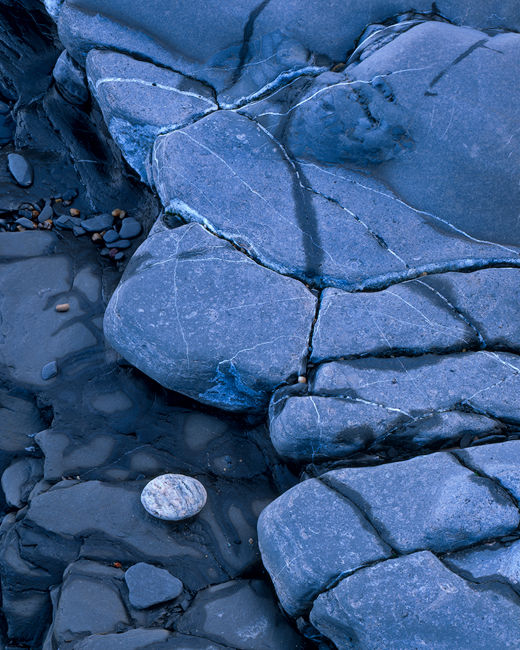 'Echo of an Alum Worker'

It is a very pleasing result and is an image that, perhaps unlike the other two, takes my photography on a step.

By this stage I was ‘burning out’ and needing some water (and we both were in danger of needing more film), so I popped back up to the car to pick these up. By the time I arrived back, Dave too was burning out and it felt like we had both gone off the boil. We headed back to an excellent café in Sandsend to grab some refreshments and I realised that once again I had lost track of time – it was well past mid afternoon and we hadn’t eaten lunch. I must stop doing that.

We decided to head over to May Beck to watch what happens on the moor during sunset. (The tides were in at sunset and neither of us could cope with yet another Whitby evening). Many times we have driven past a wonderful set of trees and we decided to actually get out an scout them. They were great and the gradually warming light and sky were almost perfect. I setup. 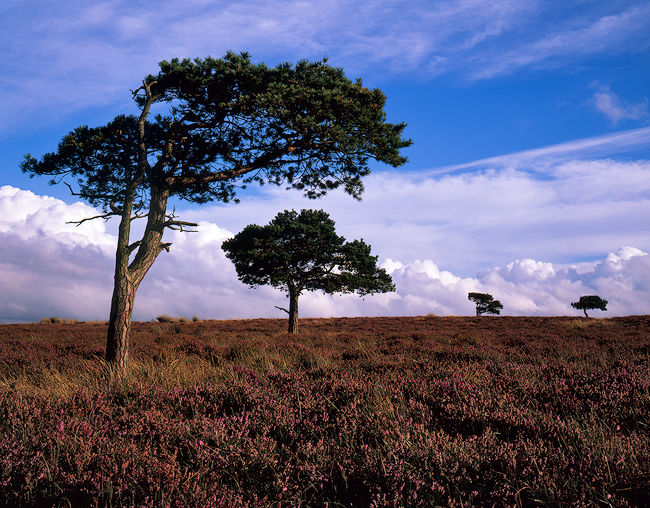 I love the simplicity and graphic arrangement of this image and the way the trees seem to recede and then ‘pass the batton’ onto the sky. Working the sky into an image in an integrated way is always one of the biggest challenges of photography – particularly large format photography where chasing the light is not an effective strategy.

We played with some lovely side lit trees for a while at May Beck but both of us were shattered and we clocked off to the pub early, with the light outside starting to perform. Who needs another classic sunset shot when you have had a day of such interesting, varied and rewarding photography behind you? Quite possibly one of my most productive ever days of photography.
North Yorkshire Moors Saturday
Scoar Dale Trees
Next
Previous