Autumn in the Wolds 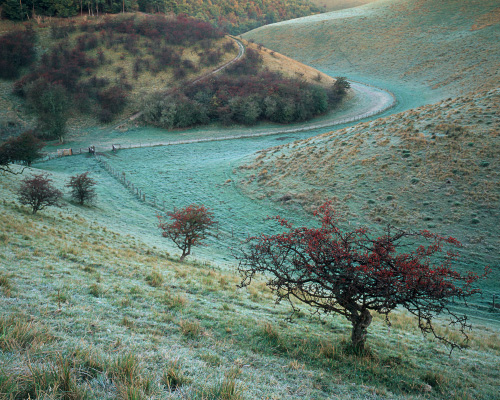 A week ago I got out with Paul Moon on the Sunday morning to the Wolds. The Autumn was just starting in many places around the country, though at Bishop Wilton Wold, quite bizarely, it was in full flow.

Both of us had noticed that the trees at Bishop Wilton had started to turn very early (I saw some trees turning there at the end of August!) and Paul had had a very successfuly trip a couple of weeks before. So on Paul's suggestion, we decided to meet at the wold an hour before dawn.

I was expecting it to be dark, but what I had not expected was the first frost of the season. It was absolutely freezing and it felt more like a January outing than an October session. We wrapped up warm and crossed over to a wold that Paul had first shown me about 10 months ago.

10 months ago, the potential of the place was clear but we both knew it really needed that moment where Autumn colours would overlap with berries on the hawthorns. On that day I made a few test digital images and even returned to the Wold one January evening to make a rather ill judged LF image.

This morning, though, the conditions were absolutely perfect. Stumbling around in the dark, I made a beeline to one of the most berry laden trees and setup with my trusty 240. As the first light got up I made the following image: 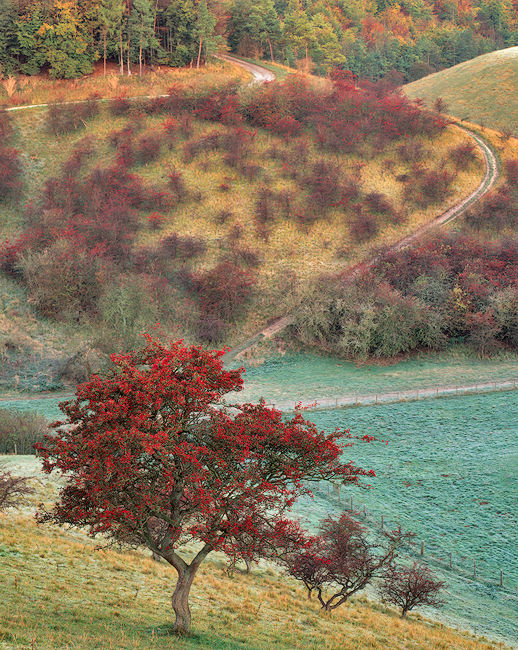 As the light crept up, it revealed the most magnificent frosted valley bottom which, picking up the blue light of the sky, contrasted wonderfully with the red berries and warm autumn colours.

Having made this image, I switched places with Paul and made the image at the top - which for me was the image of the day. Two pre-dawn images is a tad extravagent for me, but it was clear that once the sun got up onto the hillsides, the atmosphere would be lost. I needed to make a little bit of hay. I love the balance and coherence of longways image.

With the sun getting up, I focused on the frosted valley bottom and made a couple of details. I had noticed that the nettles were frosted up magnificently as we stumbled over the wold in the dark so I headed for a clump near the gate at the base of the wold. I eventually set up this image: 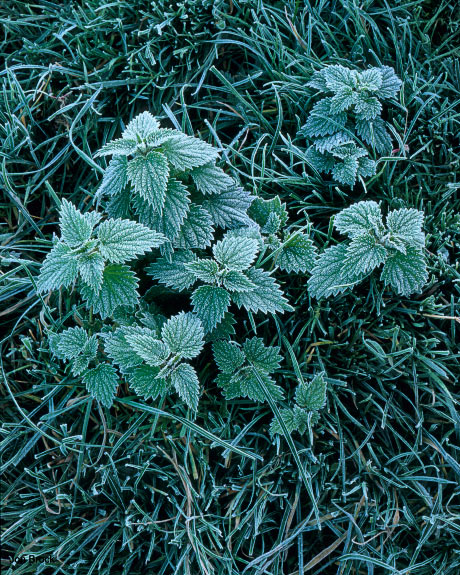 I love the frosted nettles. It makes them look almost benign, though these little so and sos have stung me many times.

As the frost began to burn off, Paul managed to catch some of the mists that formed in the valley bottom. This added to the atmosphere, though I was not really in position to exploit this on LF. Finally we decided to walk back to the car and try out another valley. On the way back I got distracted by some wonderfully green grasses contrasting with the fallen leaves and I made this image: 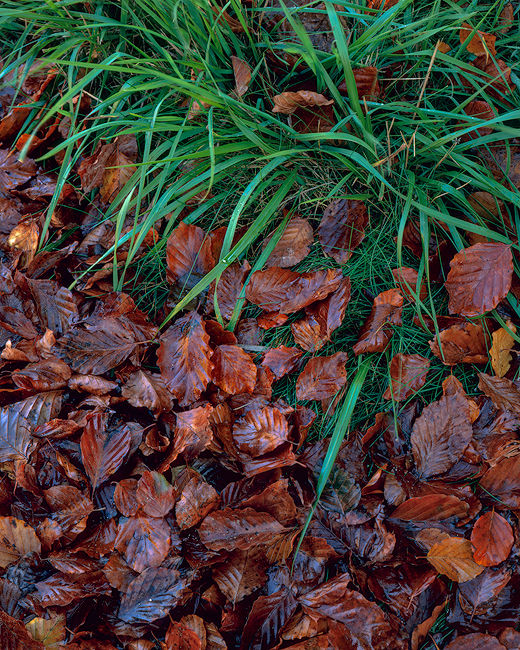 Over at the otherside of Bishop Wilton I tried a couple of images, though the sun had really got up quite strongly now and was making photography difficult. The second image was the most successful. I decided to have a go at the large trees at the top of Bishop Wilton Wold. The composition was only half the story as technically it was a challenging image to pull off on Velvia. It neeeded front rise, a one stop soft ND filter and a polarisation to make it work. I was rather pleased with the result and I particularly like the light on the lower trunk: 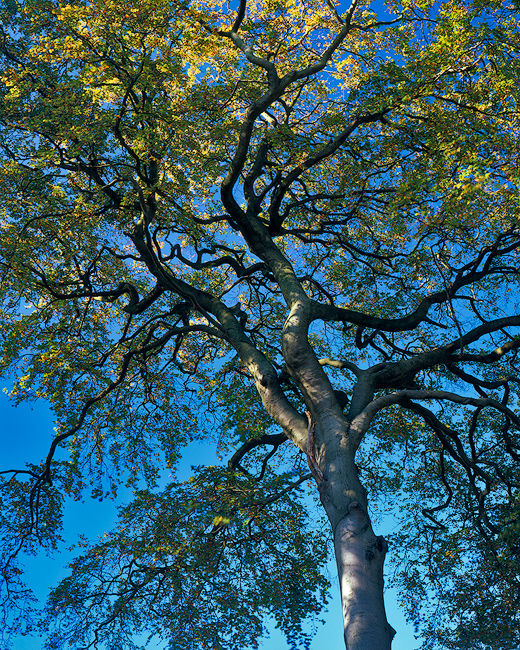 I've lost track of the number of time's I've said this but yet again a magnificent morning out in the Wolds.
Peak District Autumn
North Yorkshire Moors Saturday
Next
Previous