03/11/2010
A trip to the peak district with Julian Ashley.
The weekend before last, I was away for the weekend to visit the Peak District with my friend Julian Ashley. Julian had introduced me to the Peaks last January and I had been very impressed with what we had seen. We resolved to fix up an Autumnal return and late on the friday night we both headed for Hathersage.

The forcast had been unfavourable for the morning so we decided to skip dawn and plan for an early start in Padley Gorge. We returned to an area of the gorge that we had enjoyed in January and we pottered around. I made a couple of fairly disapointing images before finally making an image of one of the pools in the gorge that I quite like: 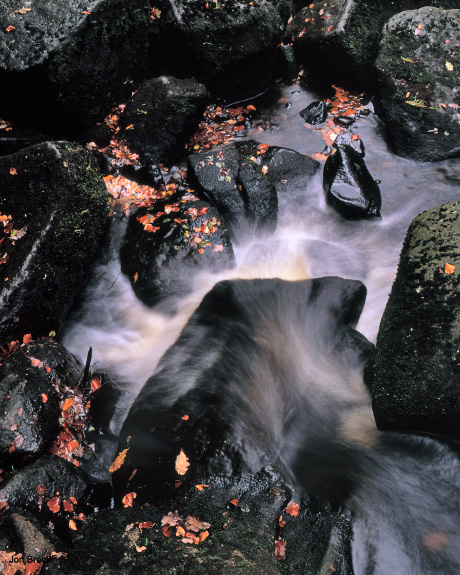 We made the huge mistake of popping to the pub for lunch and an extended stay made inevitable by rain made my afternoon's work into a walk not a serious photograohy session. I did manage to scout out one of the edges and subsequently one of the valleys though and walked the lunch off (eventually).

A splendid evening curry later, we awoke for dawn keen on getting out. We drove round to the surprise view car park and headed onto the ridge above. The frost was magnificient and all the heather and the valley floor was gliscening white. The skys were looking fairly clear so I decided the only real chance of an vista type image was pre-dawn (I had hunted around but I couldn't find a skyless image I liked).

I set this up and waited for it to pink: 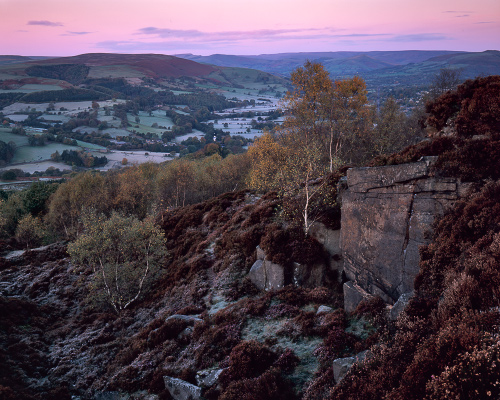 Having nailed this one, I didn't think it would be improved by some sunlight so I went in search of a detail for first light. I nearly setup on some rocks and heather when I noticed this lonely birch tree on the moor. What is more, there was a ridge behind and above it which suggested a quite unusual composition might be possible. I set this up and waited for the light to strike the tree: 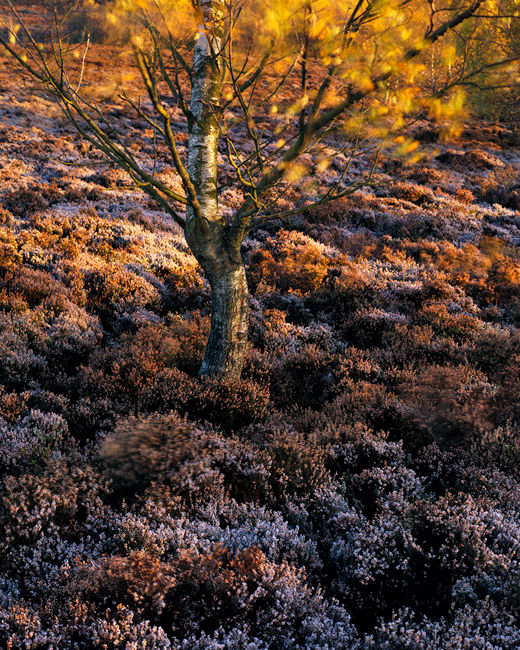 I am really quite pleased with this image. I also have one with wind 'blurred' leaves which I still need to properly evaluate.

Feeling pleased with the dawn shoot we headed back to the B&B for breakfast. And planned the rest of the day. When I was in Glencoe with Phil Malpas, he had tipped me off about a valley that might just be up my street. I had scouted it the night before and we headed over there after breakfast.

It was magnificent. I made several images, one of the best of which I think was this image of larches in transition: 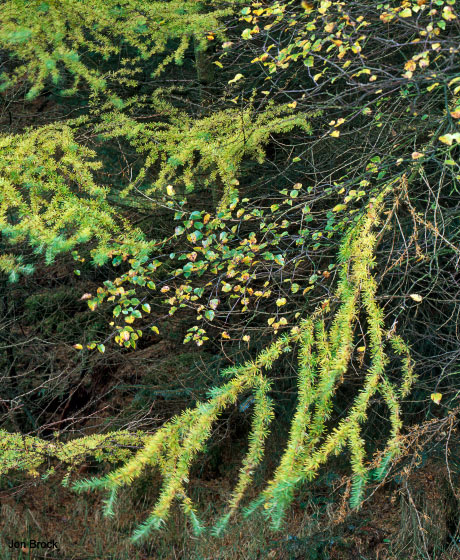 Finally making it to the stream Phil had indicated, we spend the remaining morning and early afternoon pottering around. After much consideration, I made this image - setup in the middle of the stream in my wellies. 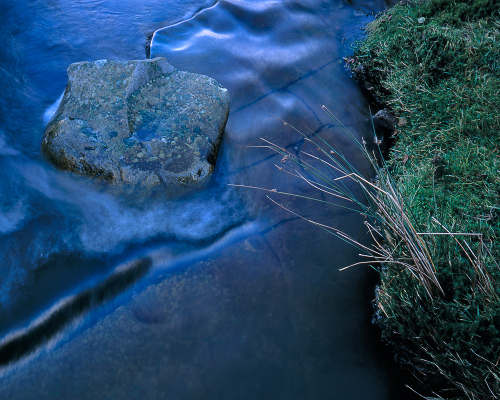 I really like this image as well. It was an excellent trip, excellent company and we resolved to return for a spot of winter photography. My problem will be - its only an hour and 20 minutes in the car - I suspect that valley beckons...
An Autumn weekend in the Lakes
Autumn in the Wolds
Next
Previous