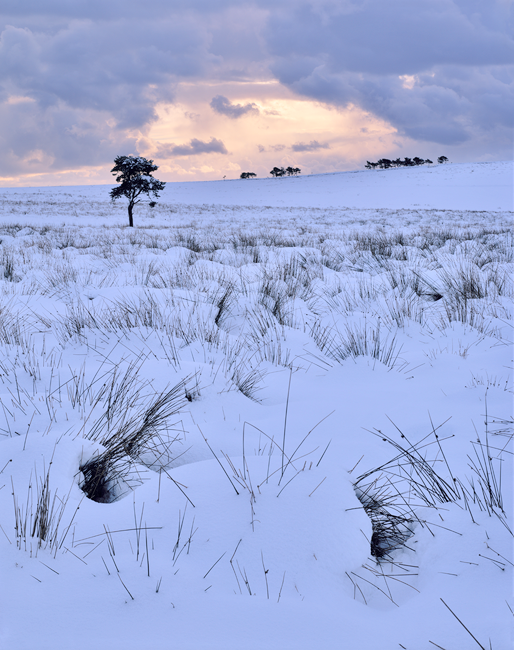 The first of several posts aimed at catching up with some of the pictures and trips from the last 12 months.

The snow last November was remarkable and, having seen in the weather forecast its likely arrival, Dave Tolcher and I planned to head into the North Yorkshire Moors for a couple of days.

Minus my Land Rover due to unforeseen circumstances, we took Dave's car. I made several images but the most memorable were made on an excellent day spent around May Beck. Firstly the image at the top made just after dawn and then later in the day I made my favourite image of the trip. 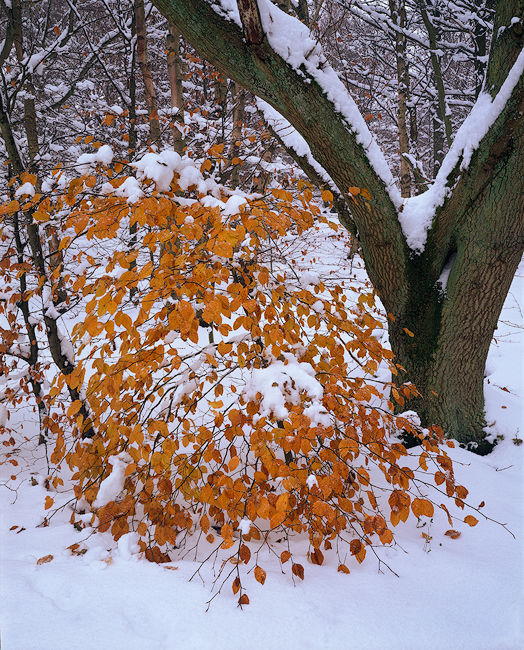 This bush glowed like it was on fire; however it was hard to see how to photograph it. I played with lots of abstract/close up ideas but none of them seemed to be sufficiently satisfactory to setup. In the end I realized I needed to try a wider lens so I placed my 125 on the TK and made the image.

On the way back we stopped off in the Yorkshire Wolds and took a walk along Sylvan Dale were I made this image with the 450. 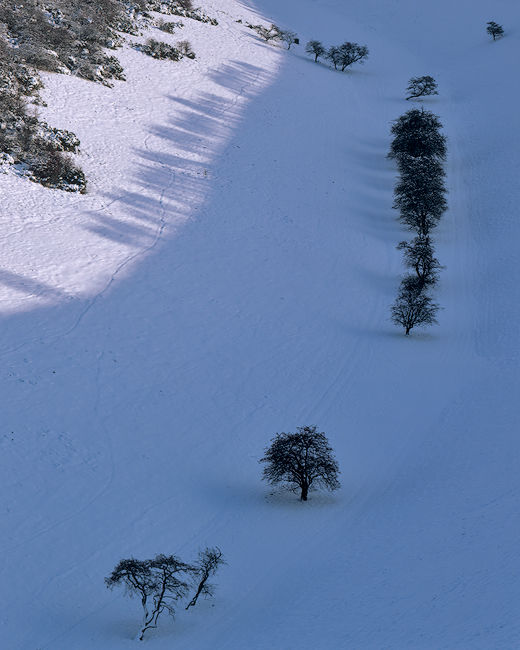