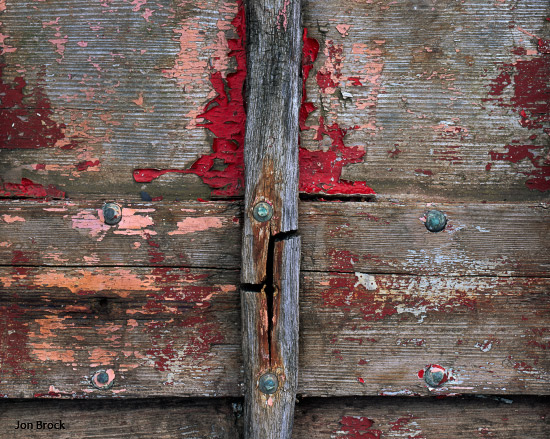 I managed to get out to my favourite location on the East Coast this August bank holiday with my son and the old man.

Meeting at Sandsend at 7.45am we went on to our location so that after clambering down the steep cliffs we were in position by 8.30.

Although he brought his camera, Henry concentrated on the fossils for which conditions were particularly good. I hunted around the beech for ages for an image to make but nothing seemed to be quite right. Eventually I retreated to the fisherman's huts and found the remains of an old boat to play with.

In the end I made two images. Firstly the image above which was inspired by a theme for the portfolio I am working on at the moment.

The faded paint colours in the boat were so interesting I finally decided to shoot right along the boat. It was a nightmare to focus, requiring a combination of compound movements and stopping right down to F45 on my 240. However in the end it came out remarkably sharp. 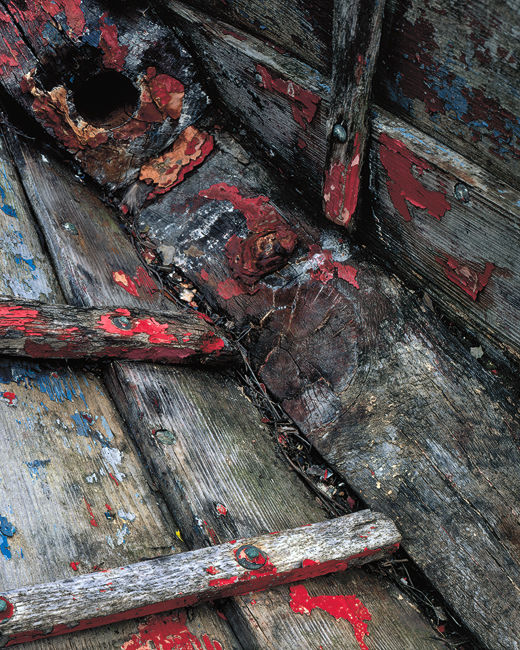 Henry's fossil hunting was also very productive and we finally retreated to the cafe at Sandsend after an excellent morning.
Sandsend
Glencoe pilgrimage cut short
Next
Previous