03/02/2013
Samples from the second batch
It was only this weekend that I had chance to develop a second batch from Etive - the last two weekends I have been out playing in the snow. Consequently I now have a fearful backlog of film to develop.

Although I was less pleased overall, these two came out nicely. We had some superb light - earlier in the week in the rain and later in the week we had some of the most sublime light in the valley I can remember.

Firstly a special moment in the rain that Dave and I witnessed in Glen Etive. The mist and light came up and this happened.... 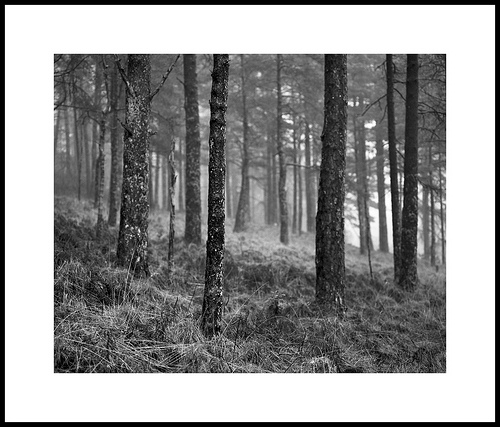 I used a Mamiya 67 Delta 100 underneath an improvised umbrella strapped to a second tripod. I rather wish I had made this on 5x4, though it was a short moment in time and I suspect I would have been faffing about with the TK and missed it.

Secondly an image from later in the week. 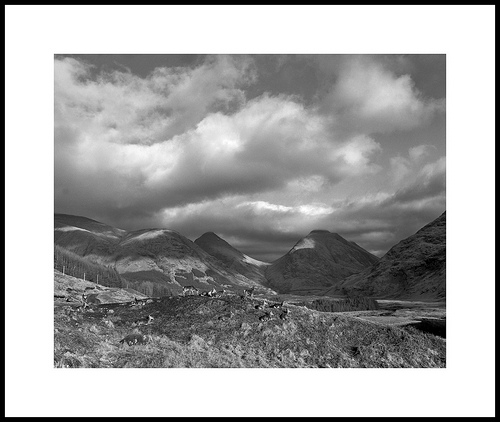