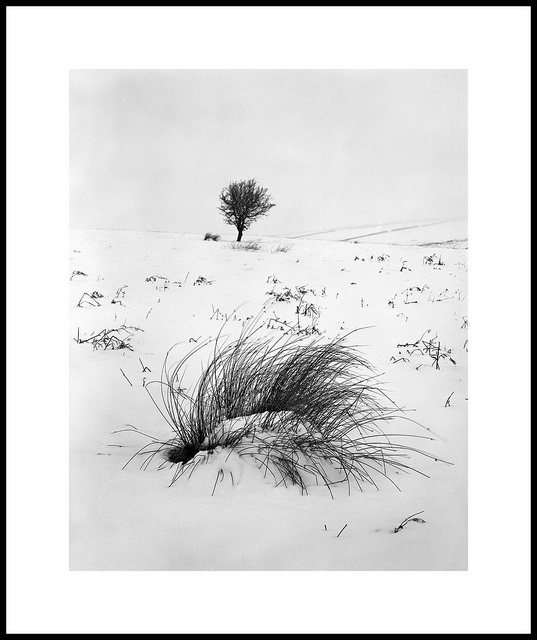 As I gradually catch up with my developing backlog, I developed a roll of film from a trip out with Julian Ashley.

It was Julian who introduced me to the peak district and we had decided to try out some new locations around Matlock for this trip, long in the planning. We were blessed with the conditions - a snow fall on the friday afternoon created a superb saturday of photography. The image at the top was the last image I made before the end of the day. With a rather excellent curry waiting in Matlock and another snowstorm starting to come through, I saw this opportunity. Julian showed great fortitude in the freezing wind and snow and helped me with the setup.

Earlier in the day we had gone clambering around on the hills in the snow, but it was when we got down to a valley river I saw this opportunity for an image - one I have been waiting to develop for a while. I had hopes it would turn out well and I was more than pleased. 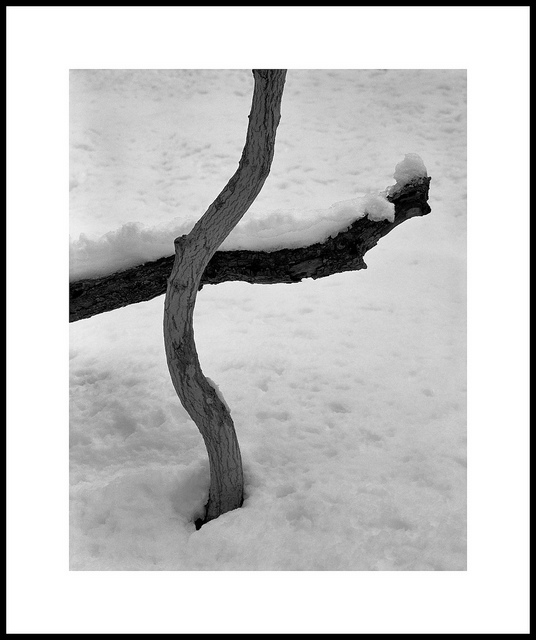 Finally, on the final day we visited a nearby quarry. I made a number of images but this one I was quite pleased with, using the shadows to integrate with the rocks. 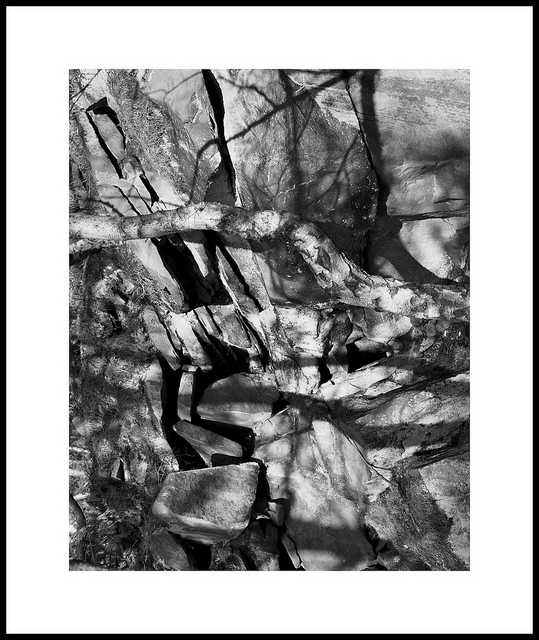 Hopefully another couple of rolls from this trip to go.
The Ings
More Etive
Next
Previous