On a workshop in the lakes with Joe Cornish and David Ward, we re-visited one of my favourite spots in Borrowdale. I had made several images over the week shooting both colour and black and white but this image stood out head and shoulders above over others I made, perfectly capturing the peak of autumn colour.

Having worked with black and white almost exclusively for 15 months, I was interested to see how the techniques I had developed over this time influenced by colour work. There is no doubt I would have executed this image differently two years ago. The key technique I used to make this image so successful was to shoot with a very narrow depth of focus, aiming to further isolate the tree from its surroundings. Subtle control of this is something I had been working on with both a 10x8 camera and my Mamiya, both of which handle this aspect better than my 5x4 camera.

I do find that the majority of my best images seem to come in a flash of inspiration, having spent some time thinking about the subject or getting to know the location. This was no different, I had made 2 or 3 images over the previous few hours but had spend a lot of time just thinking and connecting with the environment (the rain helped this process!) As soon as I saw the tree, I saw the image.

Captured with my Mamiya 67 on Velvia 50. 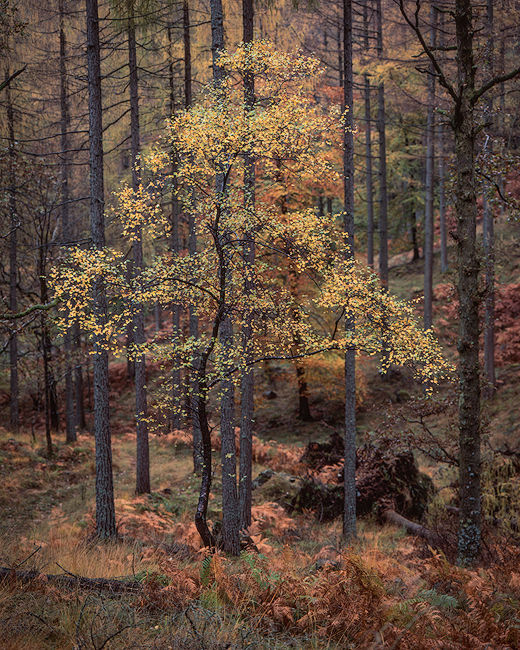 ‘Birch in Borrowdale’
More from Harrogate
Its been a while...
Next
Previous