21/02/2018
The day of epic light...
If day one was mostly about navigating the photographic challenge of clear sky, the lighting conditions on day two were nothing short of epic. Working the northern side of Loch Torridon for most of the day we were were treated to a floor show of amazing light for several hours.

The day started with a stopover at Loch Clair again - the last of the week. We had a cold night and ice formed at the edge of the loch. I finally setup my first ‘classic’ view camera image of the trip using tilts to make use of the morning ice with my 35mm Pentax FA. It is still a ‘rusty’ image I think and a little forced but the practice was important. 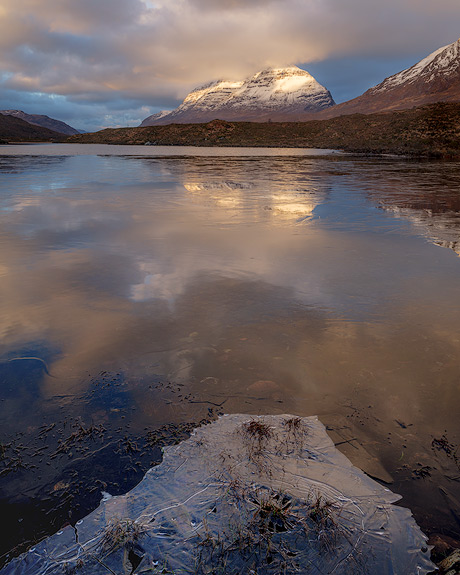 This lens is wonderful attached to the Cambo Actus GFX. With such good medium format lenses available to use I have no need for wide angle traditional technical view camera lenses. There is enough coverage to stitch the equivalent of a 22mm equivalent image if needs must and it is sharp and detailed. Stitching is a helpful technique in many situations but I was determined to break myself of the stitching habit during this particular week.

I have finally replicated my old large format 5x4 focal length lens lineup of 90mm/150mm/240mm. (Roughly divide by 3 to get 35mm DSLR full frame equivalent). I worked this combination of fixed focal lengths for many years on the TK and my 35/60/100 equivalent on the GFX’s medium format 44mmx33mm sensor feels like coming home again. There is a theory that restrictive choice is actually an important aid to creativity - an idea to which I subscribe from time to time. Anyway years of training mean I naturally see images at these three focal lengths.

The late morning light show was memorable. Paying homage to a boulder David Ward had used many years before, it became impossible to avoid setting up. The image became a real test of the GFX’s dynamic range and shooting almost directly into the sun I learned a lot about handling the camera in such situations. 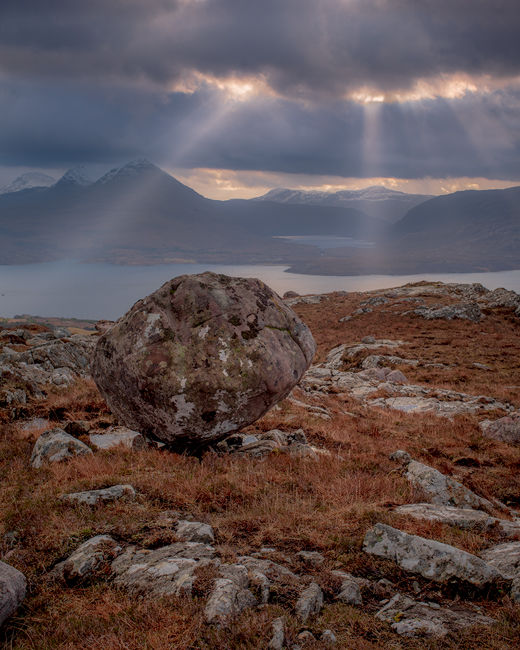 I executed it with two stacked graduated filters.

Determined to keep working the view camera hard, I hunted for some more suitable foreground material and setup a second composition whilst the light show continued. It was a privilege just to stand and watch. 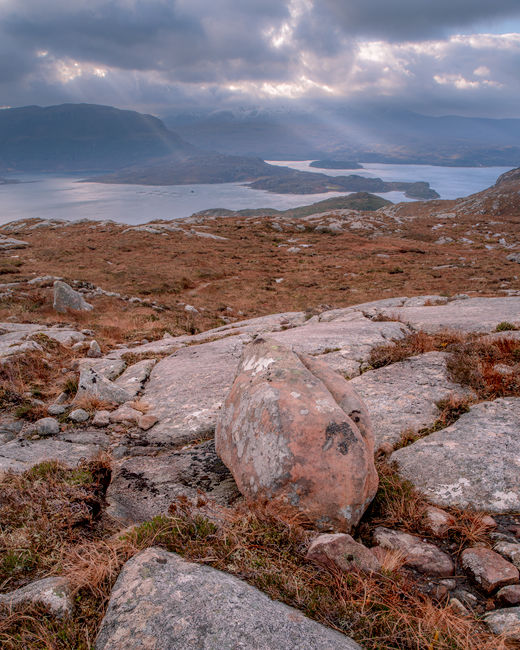 Exhilarated we drove on to a fishing village for lunch. Typically I immediately got distracted and found a couple of images to setup. The first saw my first view camera mistake of the trip. I learned it is not wise to trust the position of zeroed movements on the Cambo Actus. I failed to check the focus at all the edges of the image and assuming the zeroed tilt movement would not cause a problem I ended up with a picture of a building that was sharp at the top and not the bottom. Lesson one of view camera operation: check the focus top, bottom, sides and corners. Its a pain because otherwise I really liked the image but it will no doubt still be there for another trip and my technique is stronger for the experience.

The second image was some wonderful fishing net I found lying on a boat drawn again by the nikon 120mm macro. 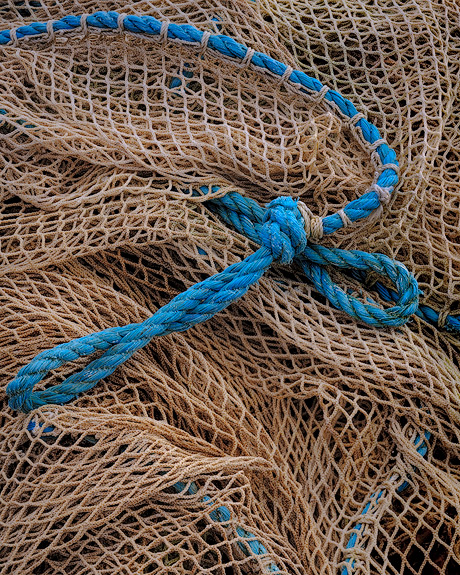 The light continued to be good during the afternoon and we returned to the views down the loch. I made a couple more images - one returning to a location to exorcise a 9 year old demon - but the wind and cold was getting up as a cold weather front approached and eventually we called it quits for the day.
Day Three Torridon
Day One Torridon
Next
Previous