23/02/2018
An adrenaline packed day of photography
Day three was an exhilarating day of photography - one of my best days in terms of photography experience ( though not results ) for many years. The snow bearing cold front that came across the country just touched us and we woke up to a thin white dusting in Torridon. We had decided to drive over the Applecross pass and set out early to fill up with petrol.

We stopped off to make a dawn image. The dawn promised much but never really got going and the image became an essay in blue cold pre-dawn light. 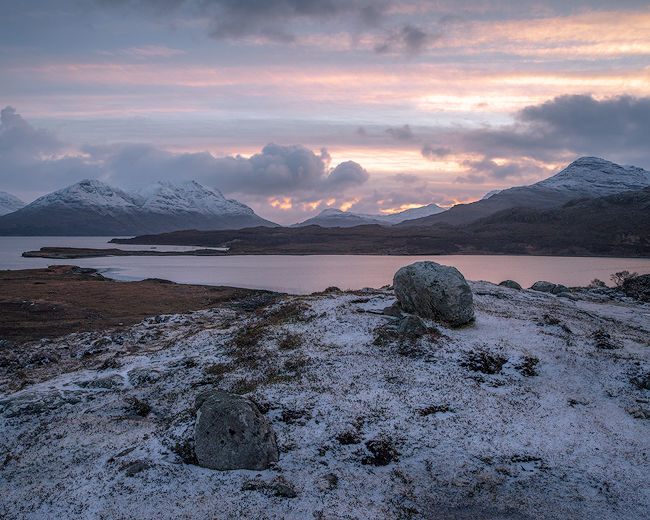 The drive over to Applecross was epic. Passing a car and a van both struggling (and failing) to make it up the hill, our Landrovers made it up and over the pass without missing a beat. I made a quick image with the A7rii which was doing a valiant backup service as the handheld camera option.

At the top of the pass, the snow conditions were amazing though not that great in terms of light. We spent several hours working the snow looking out to the Cuillen of Skye - one of the most memorable sessions I can remember. 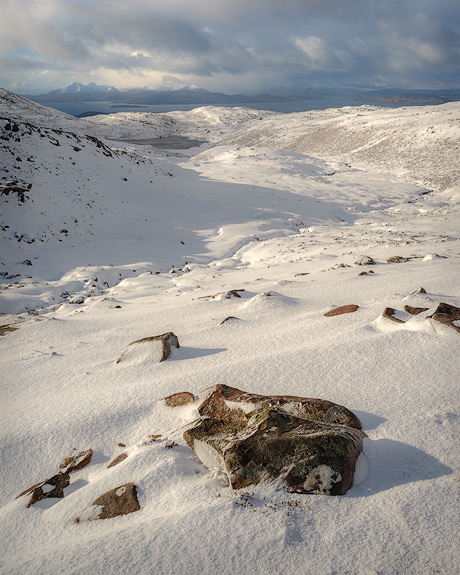 David, Mark and I climbed the short path to the Telegraph Mast and were treated to amazing 360 degree views. Climbing the hill gave one a wonderful feeling of perspective with snow clad mountains in all directions and setting the geographical position of the Torridon region in real context.

The need to start walking down back to the car became urgent as the mother of snow showers started to head our way. We stopped to photograph a second snow shower crossing the water between the mainland and Skye. Not a great image but a great memory of a wonderful few hours. We returned to this snow shower theme later in the trip. 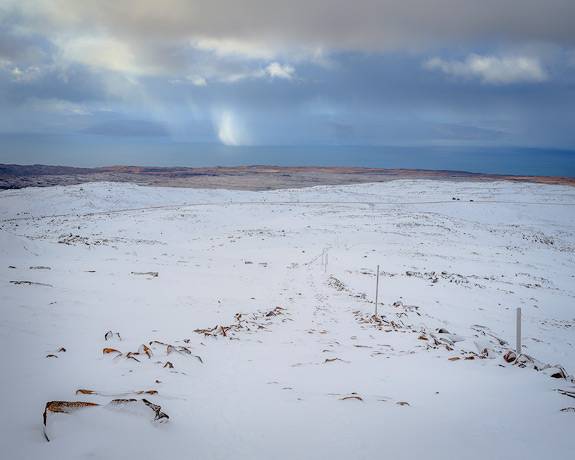 I had to sprint the last few hundred yards to the car as the snow started to fall, making it just in time. We continued over the pass and had a wonderful pub lunch in Applecross.

Adrenaline still running through our veins, we worked our way around the Applecross coastal road during the afternoon with magnificent views over to the Isle of Skye. We made it round to Upper Loch Torridon only just in time to catch the last minutes of a spectacular shower as the sun was setting. I had time to grab a quick shot but it is not my most considered image. 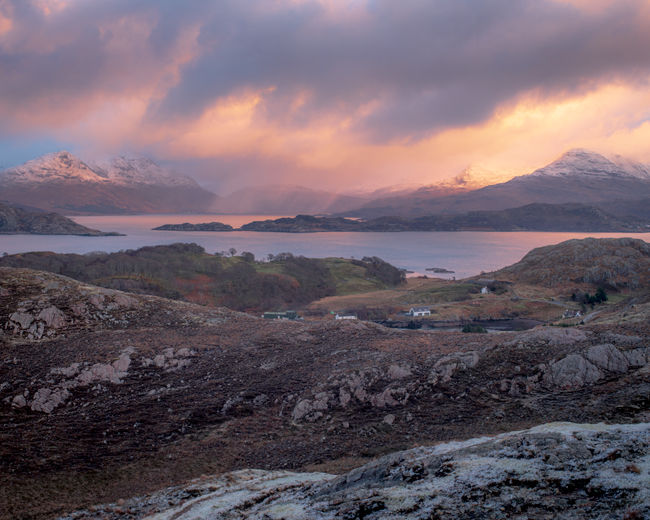 However some of these ingredients from the sunset and the day would come back later in the trip close to this location and result in my image of week.