05/11/2019
Climbing Haystacks
A truly epic (and tiring) day. It started at 9.20 when I left the hotel with full GFX kit and heavy tripod bound for the top of Haystacks. A heroic sprint and 40 minutes later I was setting up my first image on the top - an absolute triumph of map reading over brawn.

The first setup was unavoidable as it was on the track and laid out the playground for the day - the magnificent top of Haystacks. I could easily do a project up here. 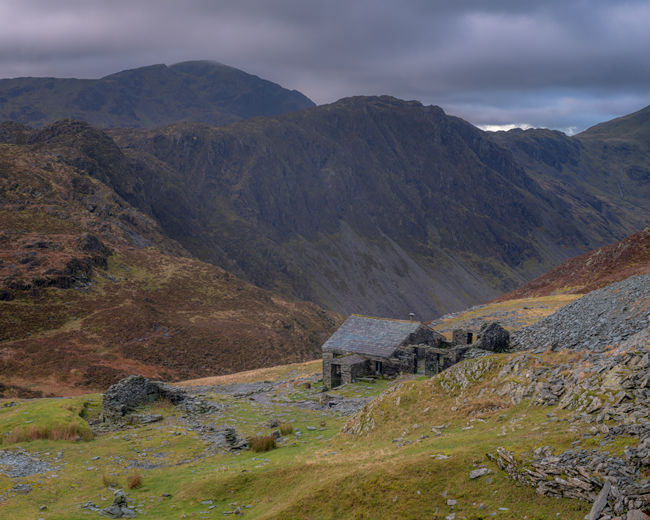 'Dubbs Hut in front of Haystacks'
Knowing the top so well (I must be well into double figures now for being up here) I planned out a strategy. Gable was still covered in cloud so it had to be images down towards Buttermere first. After a couple of so so compositions I had walked round far enough to one of my favourite spots and certainly one of the most dramatic. I set this image up. 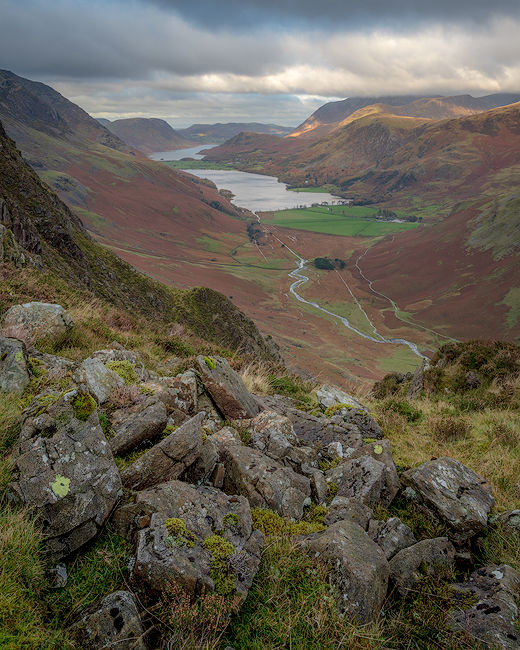 'View from Haystacks #2'
This is a cold but totally awe inspiring place and I had lunch with my tripod setup waiting for the spotlights to be perfect.

I then walked on to the closest thing to sacred ground in British hillwalking circles - Innominate Tarn. It is here that Wainwright's ashes were scattered at his favourite spot on his favourite mountain. Making homage to Wainwright I setup a couple of images looking up to Great Gable which by this time was losing its cloud cap. The first was this one showing the main tarn. 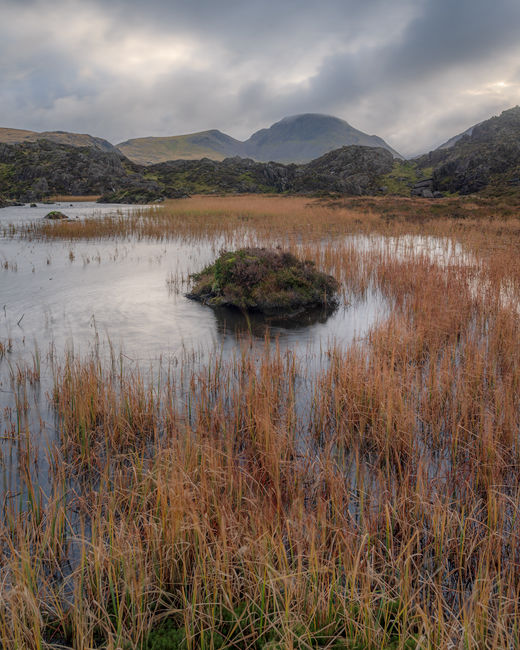 'Innominate Tarn towards Great Gable'
The second shows a sequence of three tarns that make up Innominate Tarn. By this stage the lighting on Gable was astounding. 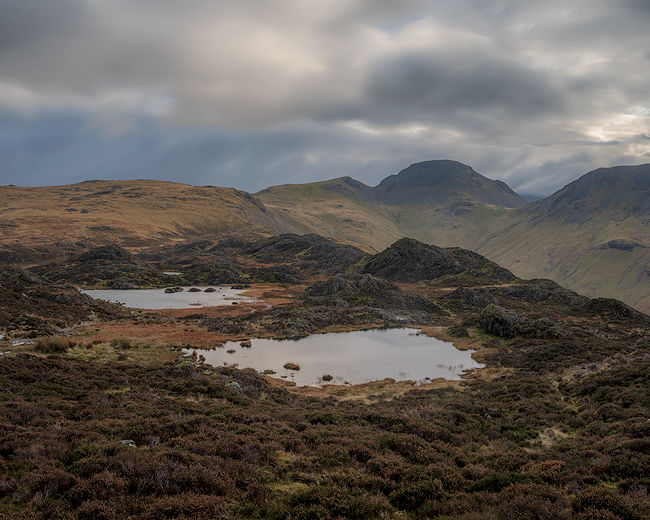 'Innominate Tarn'
I walked over from here to the summit buttresses but remembered a slightly lower buttress that sticks out further to the right. I made for that and found a fun view back to Dubbs Quarry showing the two main paths up to Haystacks from Buttermere. An unusual view that I had not seen before. 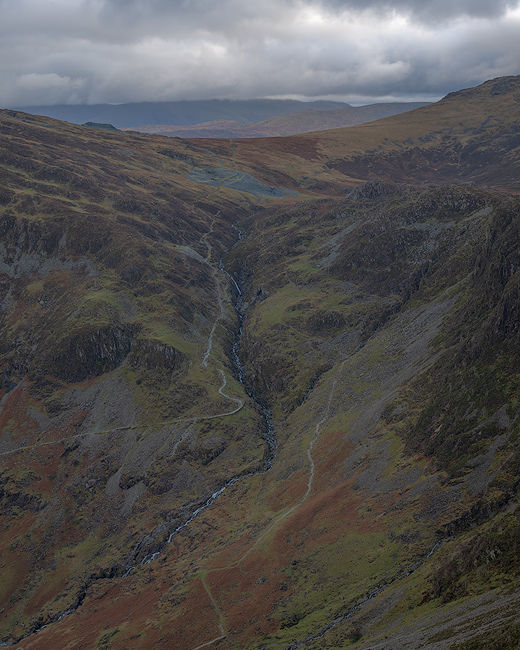 'Honester Quarries from Haystacks'
It was here I also found a composition I had not seen before and really like looking up to the ridge of mountains that encircle the Ennerdale side of the Lake. The light show in the background was a real bonus. 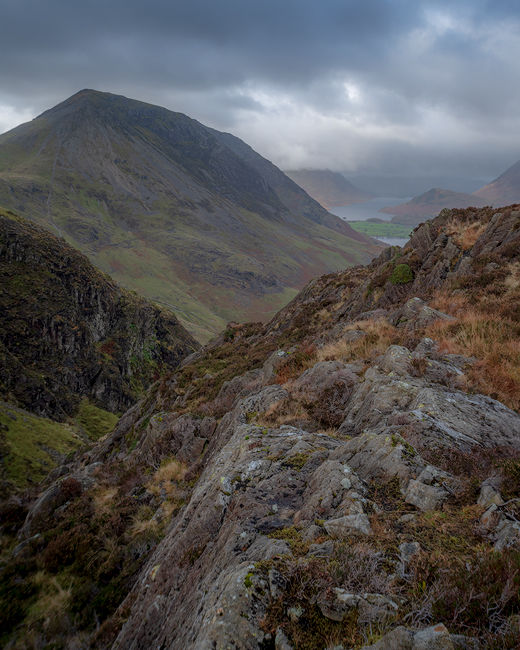 I explored the top some more but the dramatic conditions were evaporating and I made a mental note for several more setups in the future. I had in mind an image to end the day and I needed to time it perfectly - catching the late light before it got too incongruous and leaving me enough time to leg it back to Buttermere by the side of the lake before it gets dark.

Heading down I made a fun tree image. There is lots more tree work to do up here. 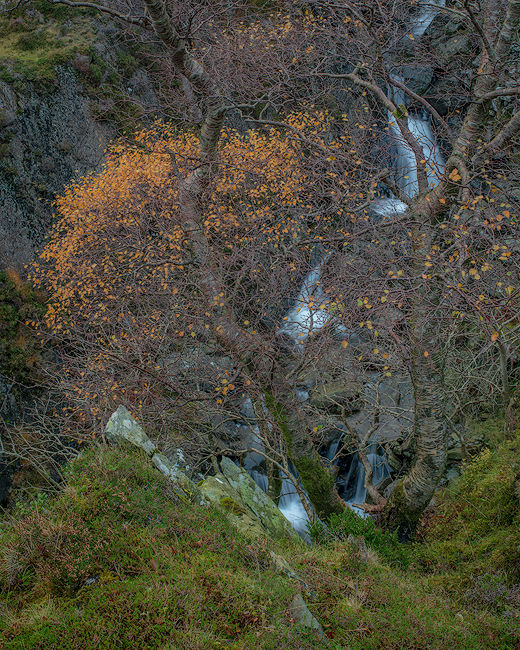 'Birch over Warnscale Beck'
Timing it almost perfectly, I finished off the day at one of my favourite spots and made what I expect to be my favourite image of the trip. 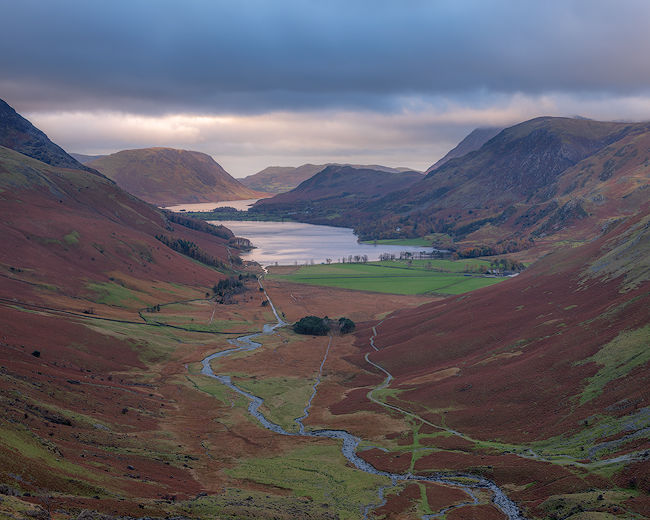 'Late light over Buttermere'
I arrived back at the hotel exhausted, aching and craving sugar so I headed into the cafe at Buttermere for coffee, cake and ice cream. Well deserved I reckoned.
Buttermere day four
Buttermere day two
Next
Previous