17/11/2019
An excellent weekend Lakes trip with David Tolcher
Saturday was forecast to be flat light and calm conditions so Dave and I headed into Borrowdale for what was a true 'zen' like session day. We worked two main locations a short walking distance apart. The first has been a productive place for me before and I was able to make several images taking advantage of the last Autumn subjects of quality.

Firstly this beach tree caught my attention and I had a couple of goes. The first was a straightforward portrait but fun working the larch trees. 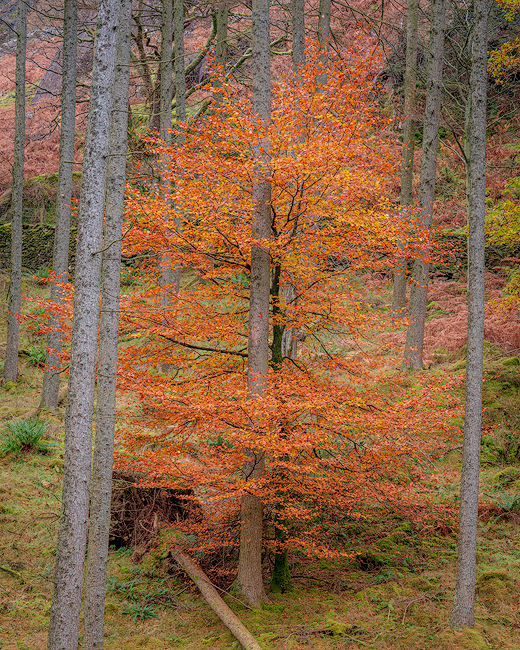 'Borrowdale Beech #1'
I also walked around the top and made a second image looking back using the hillside to help with the abstraction. 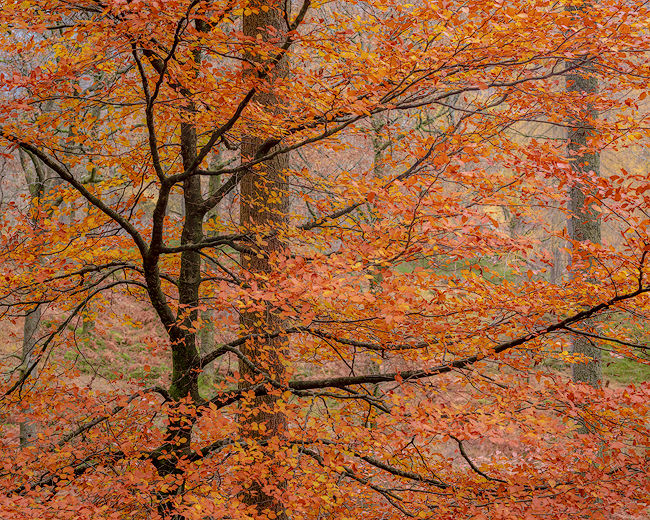 'Borrowdale Beech #2'
The oaks and most of the birches in Borrowdale had lost their leaves so it was the larches that were the other viable subject. I made an image aimed at my larch sequence. 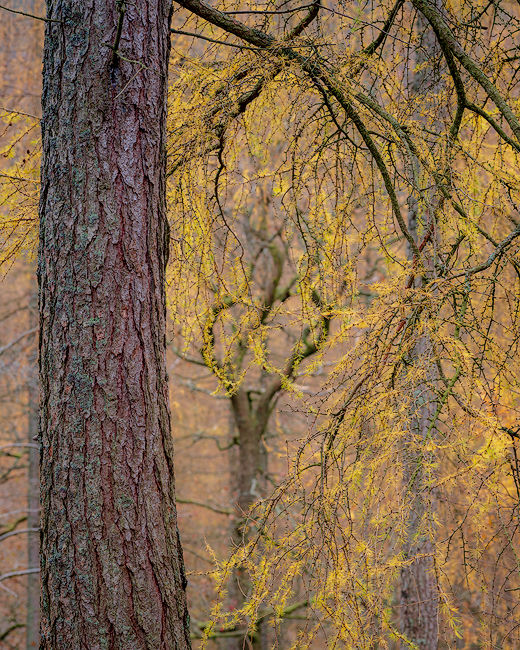 'Borrowdale Larch'
I also had a go at some larch needles and was caught by this particular pattern. 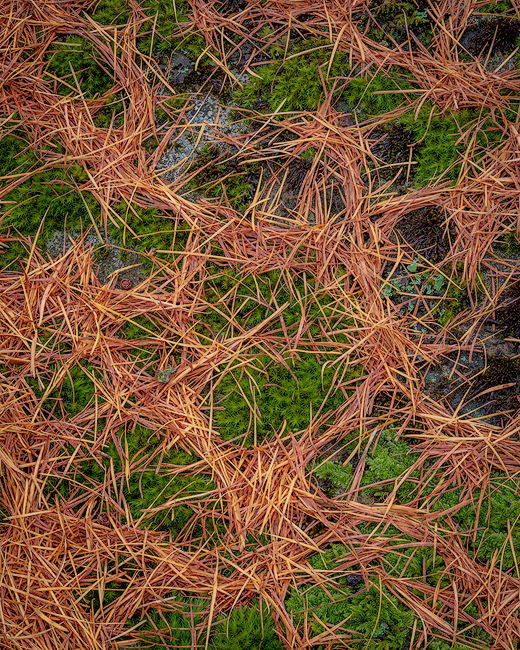 'Larch needles'
After an excellent and peaceful morning's work, Dave and I started to head over to our afternoon location. En-route we stopped at a small hill (rendered infamous by our past trips) and I found the opportunity to setup a second larch image. 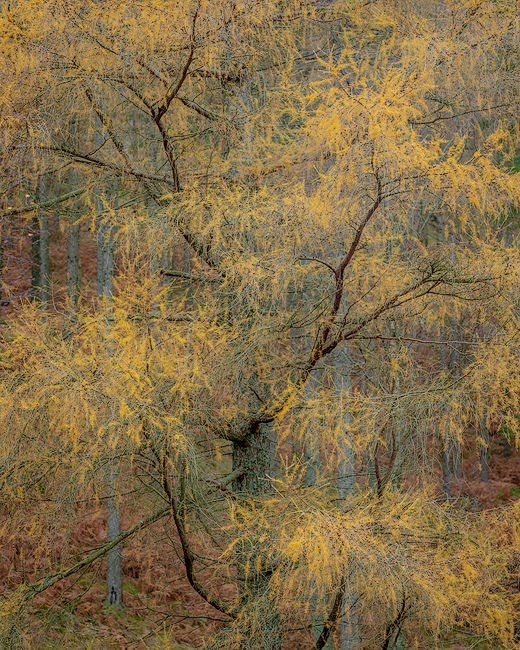 'Borrowdale Larch #2'
I was attracted by the swirling branches and managed to continue the play on 'larch trunks behind a single larch tree theme'.

Dave and I have been coming to this quarry pretty regularly for more than 10 years but I have always found it a little difficult. This year most of the leaves were gone which opened up the opportunity for an image I had looked at several times before but had been unable to execute because of the leaves. This time I could manage it. 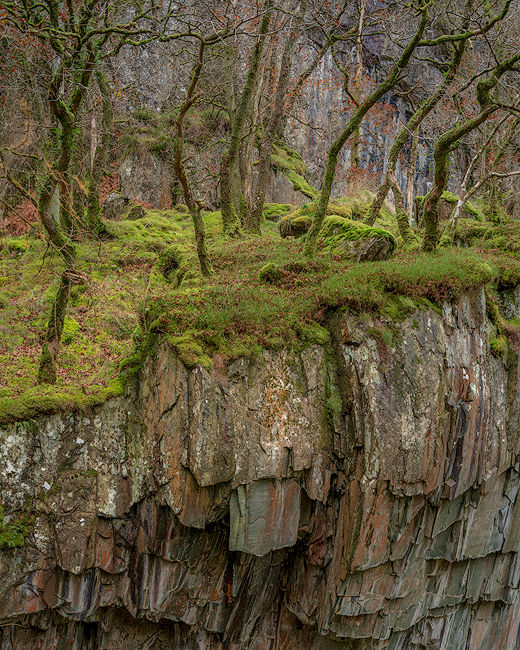 'Quarry #2''
I was pleased with this one. I also played with the sole remaining birch tree in a classic 5x4 camera setup with front tilt running from one of the lower fern heads to the tree. 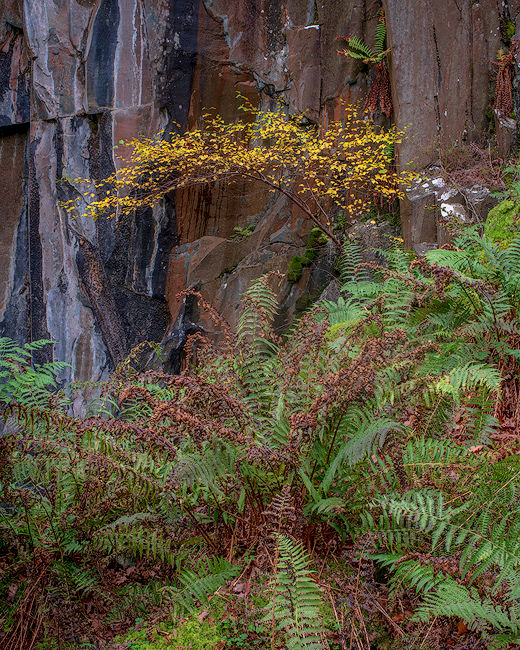 'Quarry #1'
I expect Dave to have made a better effort than this from higher up with a longer lens.

As we headed back to the car (and the tea room - not really sure I earned the Chocolate Cake but it was nice!) I had chance to make one last image completely spoilt by an irritating whining noise above as someone flew a noisy drone for the whole time I was making the image. The second time that this has happened to me this year and downright intrusive.

The hole in the tree was what caught our attention. 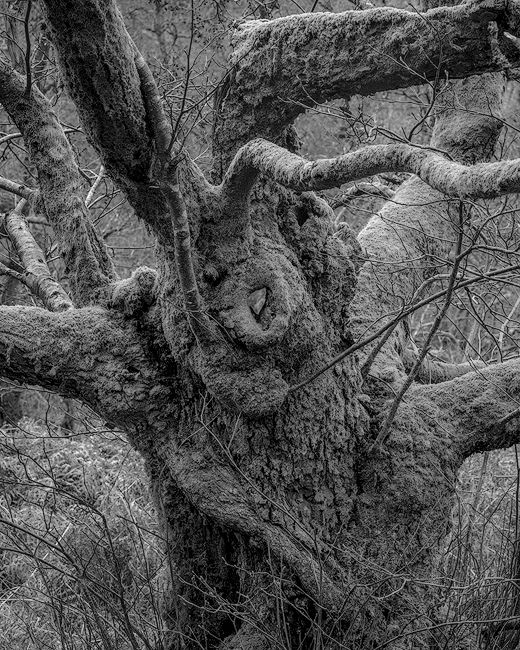 Sunday morning gave us the mist that the forecast for Saturday had promised but not delivered. After an excellent breakfast we set off down Langstrathdale and I was able to make a few images before the mist burned off and it was time to go back to York. The first image was looking up at the misty mountainside. 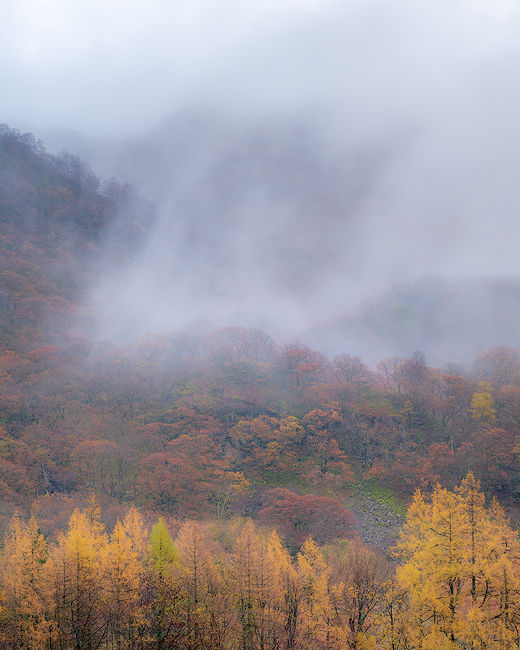 'Looking up to High Crag'
The second image continued the oak tree theme. The oaks really have been wonderful this year. 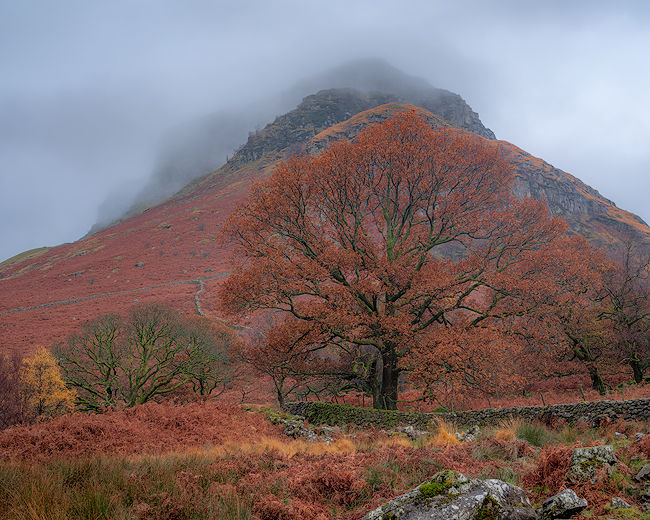 'Oak Tree in front of White Crag'
Finally I made an image looking back to Borrowdale from Langstrathdale able to use the last of the low cloud and mist. Oh for just a little more light! 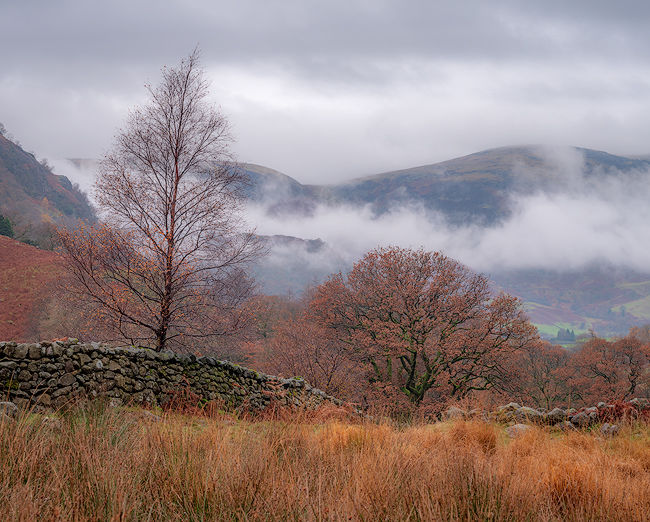 'Borrowdale from Langstrathdale'
As always an excellent and inspiring short trip with Dave.
Seaweed at RHB
Borrowdale day one
Next
Previous