The pictures are back from my Glencoe trip with David Tolcher and I have processed most of them, so over the next few days I intend to post them by writing a blog entry for each day of the trip.

Having driven up on the Saturday, we met up with David Ward and Phil Malpas at the Kings House. They were half way through a two week ‘Light and Land’ stint. I hadn’t seen Phil since I called in to see him for coffee when I was visiting the company he works at, in Swindon. After a bite to eat and a few drinks, attention turned to pickies as it always does on these occasions. The light box came out and a fair few trannies were critically examined and discussed. All I can say is that David has not lost his touch – the trannies of some of his recent images were outstanding.

We accompanied Phil and David to Lochan-nah-Anglaise at dawn on Sunday. It was bitterly cold and we had a few coloured clouds, though no light to speak of. I was not motivated to make an image, which was no general photographic malaise – I would be exposing nearly 60 sheets of film over the next 6 days. In fact, both myself and Dave T would resist visiting the top of the moor the entire week.

Richard Childs came over for breakfast, as he, David and Phil were planning to walk up to the hidden valley in Glencoe. For us, it was to be an Etive day. We were both excited to be back and both of us wanted to re-find some of the places we had carelessly lost two years before. We spend a couple of hours just scouting around the middle of the river and found a number ‘old favourite’ spots and several with future potential.

We eventually settled on working an area close to a stunning red waterfall – which turned out to be a very productive spot for both of us. I made the first image of the week, a simple waterfall image that nevertheless captures the energy I was looking for: 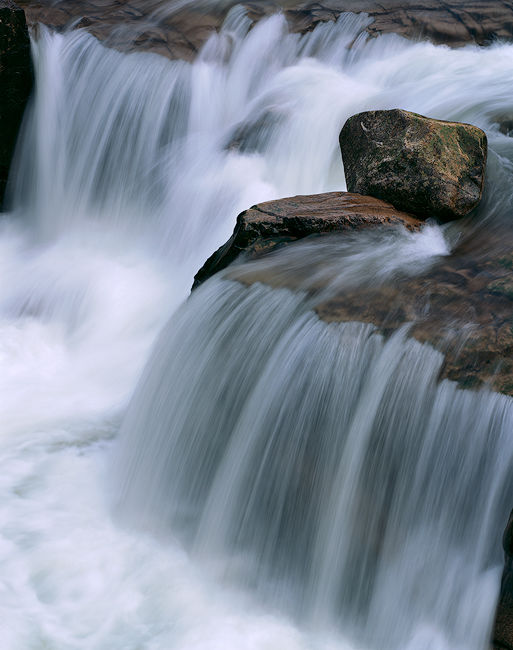 I followed it up with a straightforward image of the red waterfall – which was passable, though inferior I think to Dave's image. 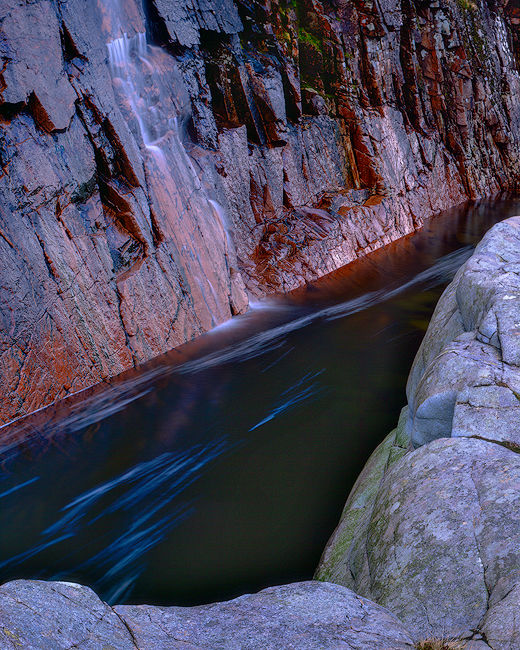 With the juices flowing, I developed the theme and came up with this composition. At this stage I was particularly captivated by the relationship between dark water, the foam coming downstream from the waterfall I had recently photographed and the colouring in the rock on the other side of the stream. 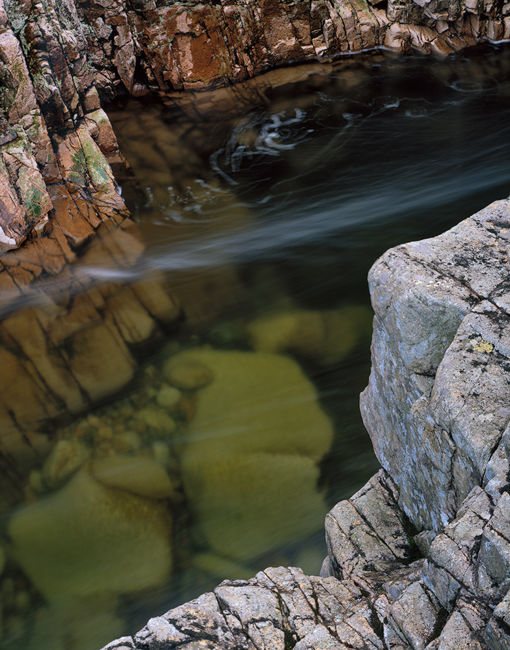 Finally, the theme crystallised into the following image. I reached for my 450 lens and isolated the water, foam and rock. Certainly the image of the day for me, and probably it is amongst the better of my images made during the week. 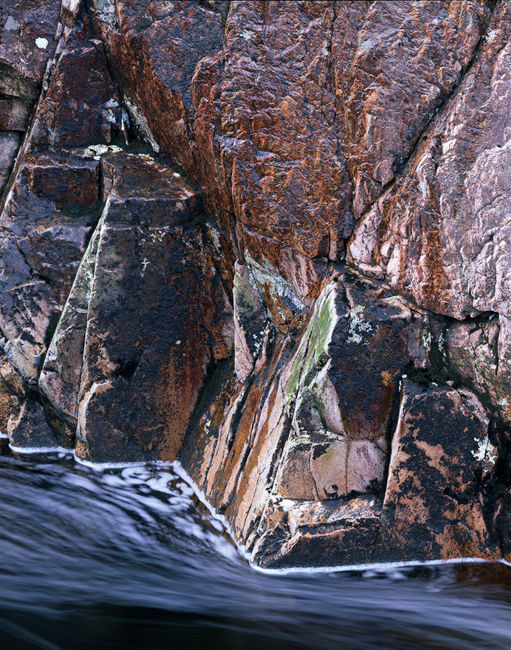 Four images in a 2 hour session - that is profligacy for me!

By this stage, it was mid afternoon and we were fairly exhilarated. We decided to drive down the bottom of the valley as both of us felt we had unfinished business at the old pier at the point were the river enters the Loch. However we got a shock; the pier is no more, replaced by a smart, modern stone based pier. What is more, the road was blocked off and a new car park constructed several hundred yards before the previous end.

Not to be put off we scouted the area and decided there was some potential for images. David found a great boulder to setup in front of and I utilised my wellies and waded out into the Loch to setup an image that attracted me. 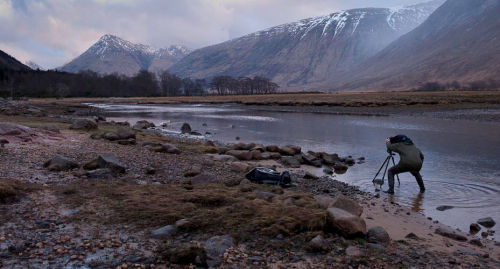 'The man in action' - (thanks to David Tolcher)

Unfortunately, with it being a Sunday, there was a lot of ‘activity’ around us and both of us missed the key moments when the light was at its best because our desired composition was not available. In particular, I had to wait for the wind to drop as well to make my image work.

I also had to contend with the water level changing – with Etive being a sea loch, the tide went out and I had to change my composition three times over a 50 minute period. In the end I managed to get the following image off. 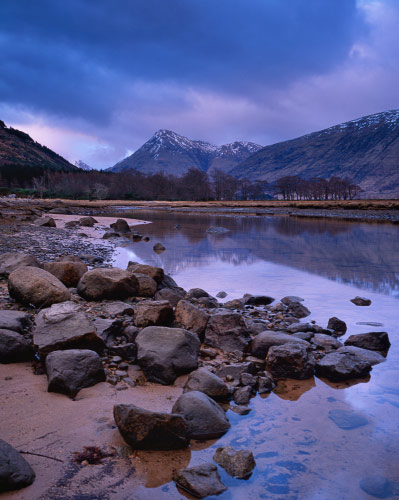 'Loch Etive at the end of the day'

As we drove back up the valley in the fading light, we reflected on yet another fantastic day in Etive. And when we got back to the hotel, the weather forecast was to confirm that a cold snap with snow was expected to hit the country the next day.
Glencoe, Day 2
Lake District
Next
Previous