11/03/2012
Technique when getting up close...
In many ways close up photography is what large format cameras were invented for. Indeed until very recently most product photography would have been done in a studio with a Large Format camera. The control over the image - plane of focus and perspective - was essential for creative and quality results.

And close up/macro work can still be the most enjoyable use of a large format camera. For example this morning I photographed a frosted thistle on a hillside in the wolds at dawn - viewing the image on the ground glass through a loupe just can't be beaten - I could see every tiny droplet of frozen ice - and this is before I get the transparency back.

However for some large format photographers, close up work is a challenge. They struggle to get their close up images in focus and often abandon the attempt frustrated. One possibility is that they are coming up against one of the differences in close up work that nobody has taken the time to explain to them - namely that the technique for focussing changes dramatically once you are closer than about 1-2 feet from the subject.

The scenarios is this - no matter how much our keen photographer focusses using either the front or back standard, the image never seems to get into focus. And the problem is that our photographer is quite right - it will not focus - that is until one understands what is going on.

Once you start to get very close to the subject a strange phenomena occurs. The impact of moving the front standard/lens towards or away from the subject is greater than impact of focussing i.e. as you focus you move the lens closer to the subject and simultaneously put the image back out of focus again.

The second problem is that the impact of focusing using the rear standard is substantially reduced - it will only focus in a narrow band of depth - not enough to get the image back into focus.

If you are not in focus in such a situation, you can never find a point of focus either by moving the front or rear standard. No focus. No image. Frustration! The temptation is to give up!

If you only have a front focussing rail then I'm sorry but you will have to give up. For everyone else, the big secret is to realise what is happening and what to do: move the rear standard so that it is in the middle of the focussing rail and physically move the camera towards or away from the subject until it is in focus on the ground glass.

Once you have achieved this you are in a magic focus zone were something quite miraculous happens. The front standard switches from being a focussing rail to become a zoom lens. Quite literally you can zoom in and out from the image remaining almost totally in focus - the rear standard can be used to achieve fine focus adjust.

If you get badly out of focus at any stage just move the camera physically closer or further away again - only a fractional adjustment should be necessary.

This different focussing technique, once you master it, will allow you to get much closer to the subject and still have total control of the composition and focus.

Here is a recent image focused with this technique - an image from my next portfolio. Have fun. 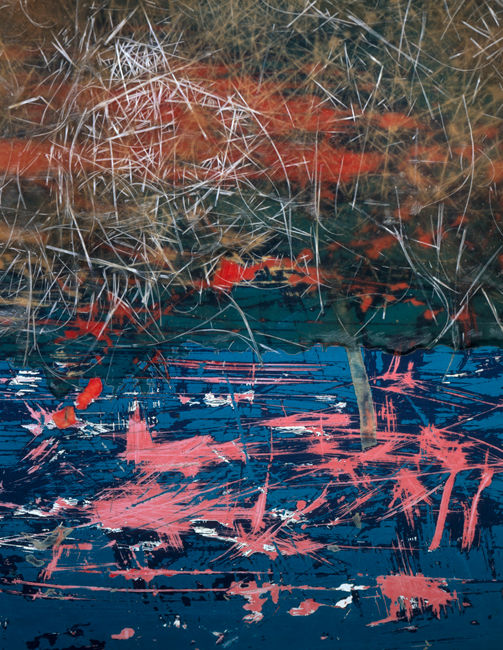