11/07/2009
Finally got out again; this time with Tim Parkin and Dave Tolcher...
Apologies for the lack of activity, but this has rather reflected the lack of opportunity to photograph over the last few weeks. Its been hectic at work and there has been so much family stuff to do at the weekends, it has been difficult to find time to get out. However, I managed to get a day off work last Monday and spent Sunday/Monday in the great company of Dave Tolcher and Tim Parkin on the East Coast.

Driving over on Sunday morning, I planned to scout around Ravenscar before meeting up with Dave. Dave had walked round from RHB with the new addition to his family - Meg the dog - but a quick phone call revealed that her exertions meant she was not going to make it all the way round. So I walked down onto the beach after scouting out a few cliff shots for later in the year.

The industrial archeology is really interesting and I felt inspired enough to have a go at this image. 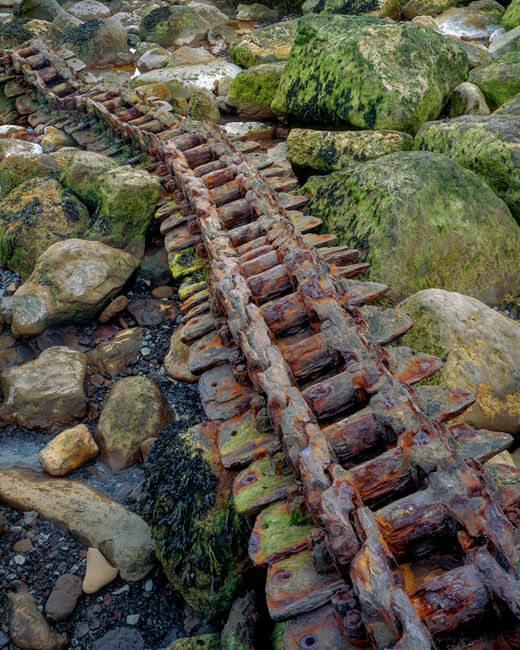 The conditions, whilst very hot, were slightly cloudy and I managed to get this image off in a short burst of 'cloud'. It was not just the chain that was rusty. With several weeks off, things felt a little bit clunky. But I soon got into the swing of it.

I drove round to Dave's house at RHB and we popped into the village for Fish and Chips. Tim had been in the Lakes over the weekend but he joined us late afternoon. We had decided to visit Saltwick that evening, but in order to leave Meg behind we needed to exercise her so we all went for a cliff top walk complete with full camera gear.

Tim had a go at a fantastic ash wood that Dave pointed out that he nicknamed Tolcher Wood. I didn't fancy the midges so I scouted out an image on the cliff top. Dave shot a fantastic tree I first tried several years ago - really looking forward to seeing the result; it looked fantastic on the ground glass.

The clouds were starting to look fantastic and the met office website radar showed a clear sky to the North of us so it was with real anticipation we drove over to Saltwick. We stopped briefly to look at a church Dave had photographed a few times and Tim scouted out an excellent view over the bay (which he got up and did at dawn the following morning).

At Saltwick, we were not disappointed. The light was superb. I have to say I have never seen so many photographers there before and I wasn't keen on lining up with the possy for the traditional shot into the sunset with reflected light (Tim pulled it off brilliantly however).

Me and Dave both decided to risk it and set up for an image that needed a short burst of sun light - it was 50/50 whether we would get it. However thankfully after a half hour wait we got a couple of minutes of sublime light, just before the sun went below the horizon: 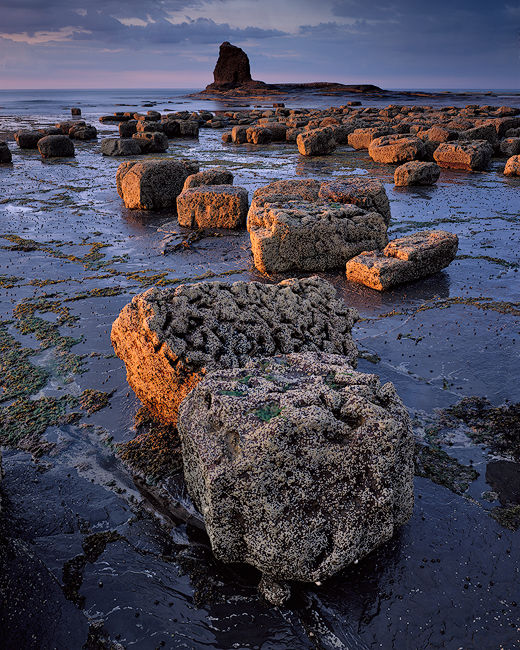 
The main idea in this image was the creation of depth. I knew the first stone would not get lit, there was a huge boulder to my left that would shade it, so the tonal layering this would create would add substantially to the overall feeling of depth. To add to the atmosphere, there were several storms brewing out to sea.

Thereafter, it was simply a pleasure to watch the sun go down in such a magnificent place. Eventually, a storm started to come in and the post sunset blue you often get there turned into a disappointing grey.

The following morning, neither Dave nor I felt up to a dawn, so around mid morning we walked onto the Beech at RHB. I had a go at a couple of images. The first was an idea I have had for some time and it is no doubt one I will develop a bit over the coming months: 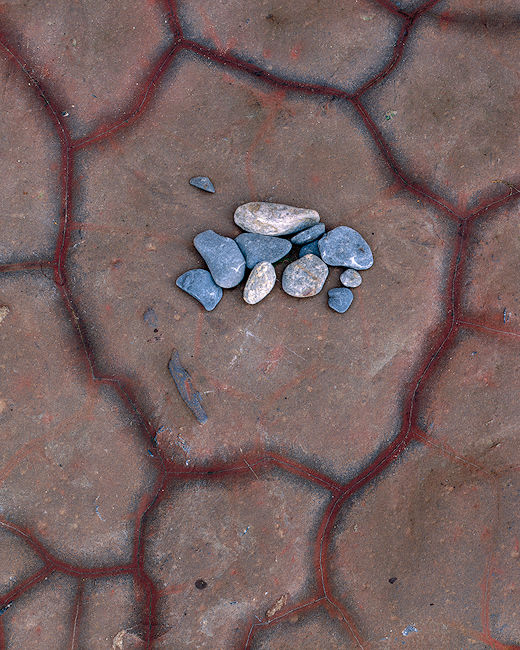 
The second was fantastic fossil. This was one of those images that making it work became absorbing. I have to give full credit to Meg; she was very well behaved and made no attempt to make off with my Bag bellows but even she didn't have the patience once I got into the zone. It took me ages to finally find the composition I was after and I ended going in so tight, the bellows was fully extended. The exposure was quite a challenge; nearly two stops of bellows factor and a white/dark red subject. However, I was pleased with the result. 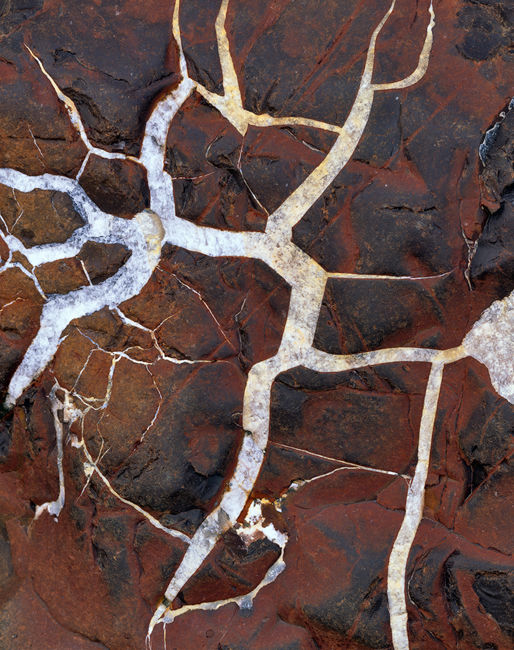 
The image has a remarkable energy or liveliness about it that I can't quite explain. I think it will possibly grow on me.

A big thanks to Dave and Tim for a fantastic couple of days. I have also finally sent off and received a couple of images from trips earlier in the year, so I will blog those in the next few days.
Garlic
Day two Northumberland
Next
Previous