Without doubt, they are a challenging place to work. I visited them for the first time a few months back with Paul and to be honest I didn't know what to make of the area. It was completely different to what I had previously experienced merely driving over from York to Driffield. There was clearly potential but I could not immediately see how to tackle the area.

The intervening few months and a couple of family walking trips seemed to have helped and I found the second trip out with Paul much more productive. I started to see pictures everywhere and felt much more tuned in to a landscape that has recently been interpreted by Hockney.

I made a couple of images early afternoon which unfortunately were ruined by a curious light leak I am going to have to get to the bottom of quickly. However at the end of the day, we got some sublime light down Horse Dale and I made this image. 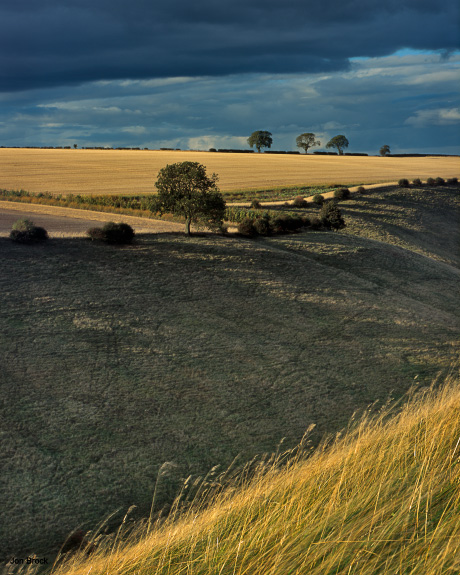