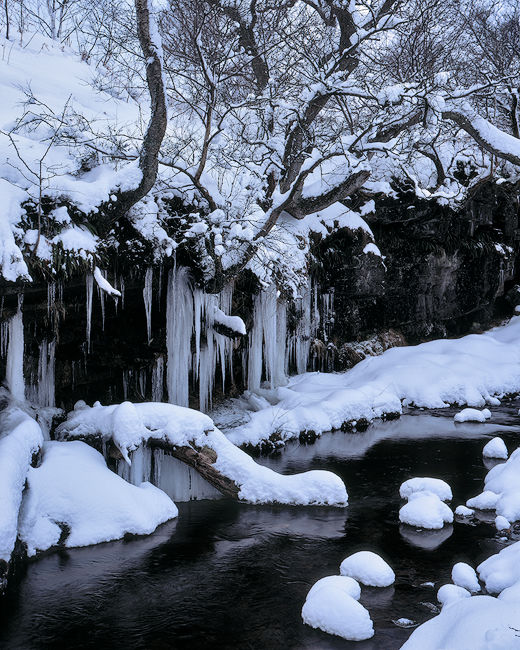 
A week ago I spent a fabulous Saturday with Dave Tolcher on the North Yorkshire Moors. This was my first serious outing using Double Dark Slides rather than Quick Load so I have been a nervous wreck all week waiting for the trannies to come back.

It turns out to be fine. I found the loading and unloading to be fairly straight forward and not a bind at all. The Dark Slides are actually better to handle than Quick Load - none of that flapping card any more - and I had no issues with leaks or any such problem. The only issue I would report is the odd white spec on the trannie; dust is going to be an unavoidable fact of life I suspect.

The Moors was still fairly snowbound so we were limited in places to stop. We did dawn (and as it turns out) dusk at one of the only two parking spots we could find. I found a composition I really like but I never got the right light to make it work. I did fire off a shot eventually, but it was more about testing the dark slides than anything serious.

We walked down into Fen Bog itself and it was quite wonderful. We were wading in several feet of snow. Dave was already setting up when I arrived (I had remained ever hopeful I could get a smidgen of light on my composition).

I managed to hold myself back from setting up straight away and gave myself a little time to consider what I wanted to do. Having been in such conditions before, wider images never seem to have the impact you might expect. I concluded I would want to try a detail, preferably with some colour. The trees looked promising.

However I had to shoot the river first and after quite a hunt for a composition, I settled on the main image above. I probably should have shot colour neg, but provia had just about enough shadow detail to pull some out of the scan. I think it worked quite well.

Dave setup another really interesting part of the river whilst I hunted for some trees. A short way away I found what I was looking for: two trees twisted around each other and a colourful red coloured tree. I almost bounded back to where I had left my bags and got to work.

The twisted trunks image was quite a challenge to balance and I had to work the perspective a fair bit to get a composition I was happy with. 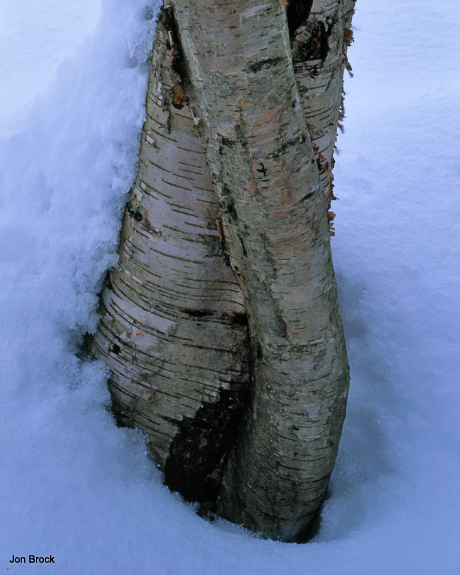 The second tree I tried was much more challenging. Single tree stumps are really difficult; they look so thin and lonely in an image, so I decided to experiment by finding an angle that made the surrounding twigs as wide as possible. It took me ages to compose. 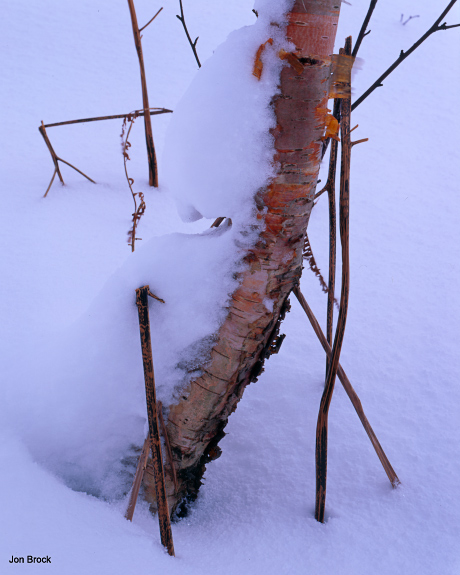 
I'm not quite sure what to make of it yet to be honest. I love the colour and I did my best to organise the twigs to balance but it does feel a little cluttered to me.

At this point Dave stood in the bog. We were both getting hungry as well so we legged it back to the bay to change and grab a bite to eat. The light was very flat so we decided to test out the capabilities of the Land Rover and drive down to May Beck.

The snow was just as deep here and I practically waded over to the waterfall I had shot earlier in the summer. I setup a composition (quite tricky as it was very slippery) but once again the image doesn't work for me: 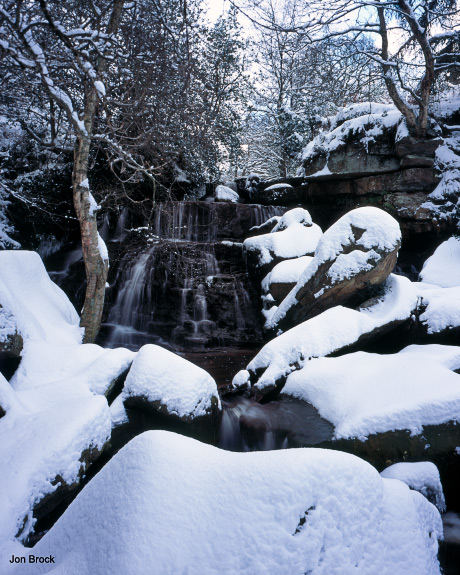 
It soon became clear that we were going to be in the wrong place as there was a good chance of light for sunset. So we dashed (well crawled) back up the slope and over to Fen Bog again just about in time for sunset. I went straight for my composition from the morning again - which perhaps wasn't so smart as it didn't quite light up in the right way. 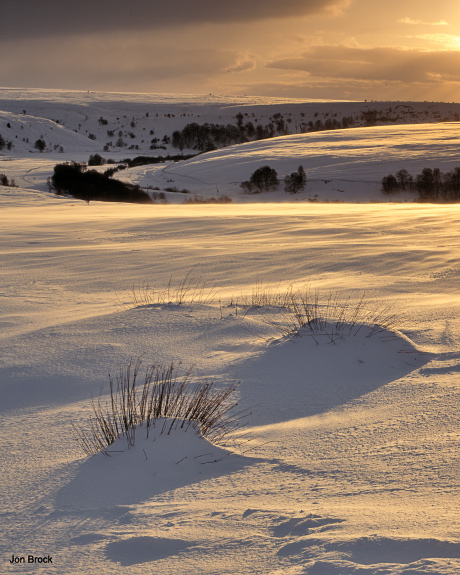 
All in all, it was an excellent day of photography, one of my most enjoyable I think. I was inspired the following week to finish off another article I have had in draft form for some time on productivity in landscape photography. Hope you like it.
A weekend in Hathersage
Peak District Scouting
Next
Previous