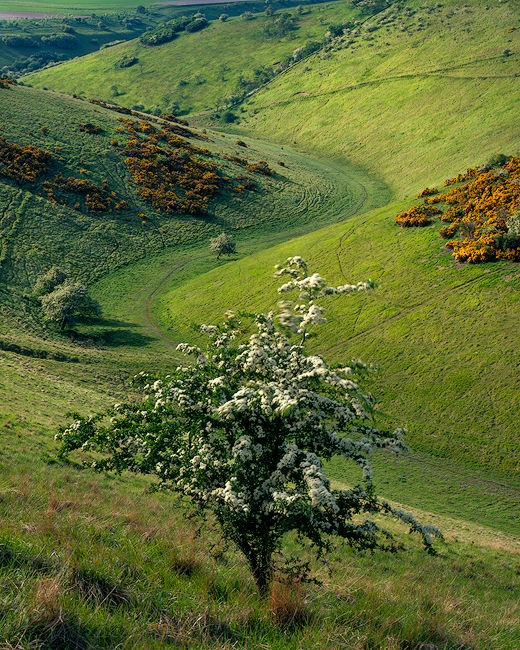 The final trip out on the Bank Holiday weekend was with my son Henry on the Monday Evening. The light seemed determined not to play ball. It was absolutely roasting and cloudless when we arrived so we camped under a tree and amused ourselves for a while (Henry waging an imaginary tactical battle with the sheep) until suddenly we could see a bank of cloud start to come in.

I set the image up as it was a break in the cloud that I was looking for. I think it is fair to say that this tree was Paul Moon's discovery and I was borrowing it for a while. He made a great image the previous week that was wider than my composition and we had talked about the potential of this tighter interpretation on the Sunday. But by 11am on the day before, the light had gone. It needed evening light.

And sure enough we got just a few minutes of magical, soft light and I was able to make the above image. Minutes after this, the cloud base fully rolled in and Henry 'suggested' it was time to go home. Quite right.
Elder Man Revisited
Bank Holiday Weekend in the Wolds - Sunday (updated)
Next
Previous