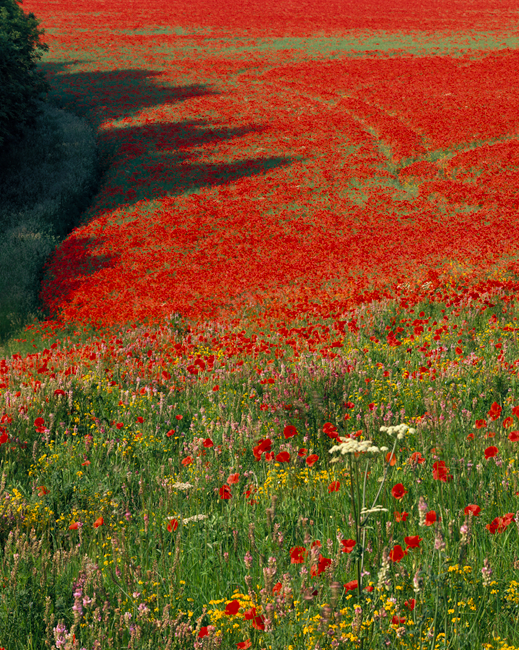 'A Poppy Field in the Wolds'

The pictures came back from the sunday morning trip yesterday, though I didn't get chance to process them until today as I took my son Henry up Ingleborough.

However I've had chance to process them now. What a morning it was. It didn't start well - my alarm didn't go off, so the 5:30 rendezvous with Paul at Millington turned into something more like 7:15. Sorry Paul.

The sunlight was already quite strong, though with some clouds in the sky so we decided to go on a hunt for Poppies. This is a subject I had not tackled before, though I have hunted and scouted out fields several times in the last few years.

A couple of weeks back I was driving back from Bishop Wilton when I noticed a field with poppies developing. I stopped to scout it out, it looked promising but difficult. Coincidently, Paul had noticed the same field and the previous Thursday he made a couple of images there.

Stopping briefly to check out a poppy area with nice trees, we headed over to the field. 10-15 minutes of scouting the area had us almost running back to the car to get our gear. It was stunning.

I had seen a potential image as we scouted so that was the first image I decided to setup. 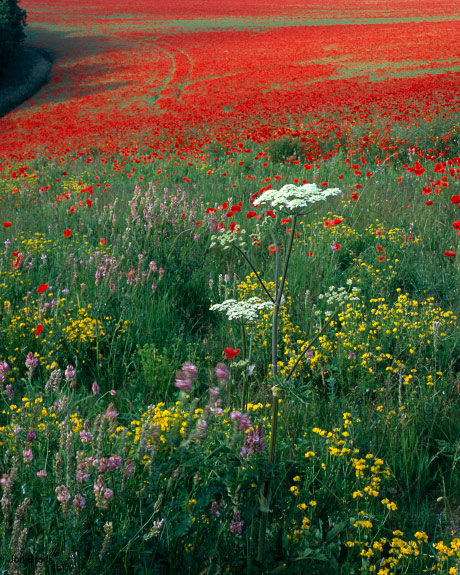 This was one of those that just seemed to happen by itself: Using my viewer, I positioned the tripod, dropped the camera and lens on the tripod, focused, put a film holder in and low and behold the light started performing. I was never rushed yet the whole process must have lasted less than 5 minutes.

I liked this idea but in particular it was the relationships between the hedge shadow, the tracks and the bed of flowers I liked, so I decided to focus in on these elements with the 450.

The 450 is a funny lens. I carry it everywhere and it is nothing more than a 5% or 10% lens. Yet every now and then it produces a stunning trannie. I setup and made the image at the top of the page. I am very pleased with this one and I was pretty sure at the time it was going to be the one.

I turned my attention to the bank of wild flowers. It occurred to me to focus in on them and structure an image around a group of purple flowers. I particularly liked the green bases of the poppies. I made this image: 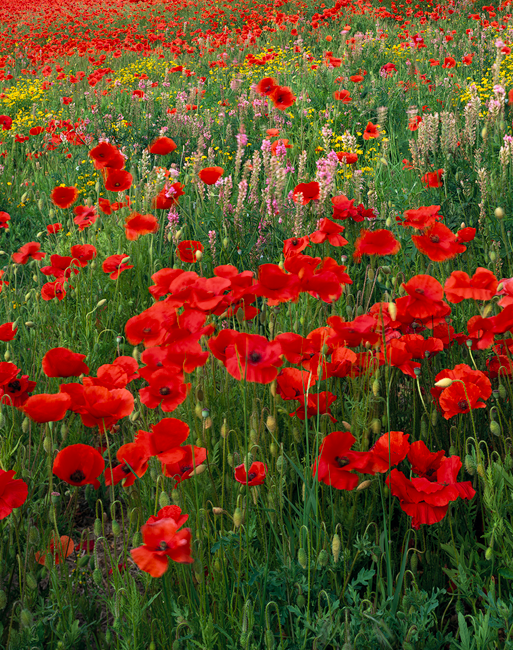 'A Bank of Wild Flowers in the Wolds'

Finally, it occurred to me to focus in on the colours other than red in the flower bed. Noticing that they were complementary colours, I set this fairly abstract image up, using just a tiny spec of red. 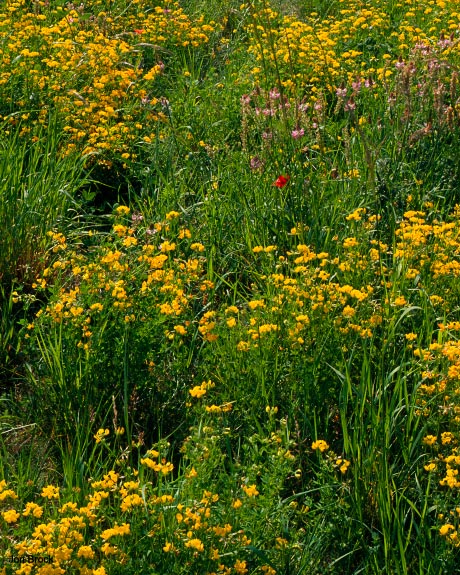 Rather reluctantly we moved on: I was in danger of burning all my film up here. However the sun was beginning to get higher and I was burning (having left the house in a rush without suntan cream - doh!)

We headed over towards Londesborough but as we were going over the top we notice a couple of magnificent barley fields and decided to stop.

After much thinking and searching I finally setup a composition of the field: 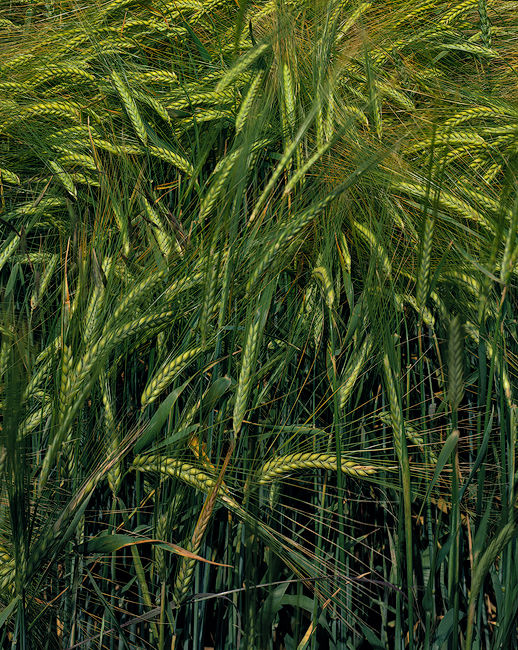 'Barley Field in the Wolds'

I love the process of taming the complex that images like this involve.

Pretty much photographed out, we headed over towards Nunburnholme to scout out another valley that has some promise. A magnificent morning on the Wolds yet again.
Bishop Wilton at Dusk
Sunday Evening Poppies
Next
Previous