17/07/2010
A mid week trip out to the wolds with Paul Moon and Tim Parkin
A managed to get out after work a couple of weeks ago, ostensibly to introduce Tim Parkin to the wolds. Meeting at Millington we drove round in Tims camper van to the top of Frendal Dale.

Walking across to Tun Dale, the light was not looking promising. Setting an optimistic image up, it looked unlikely that it would ever light so I packed up and we headed into the forest. 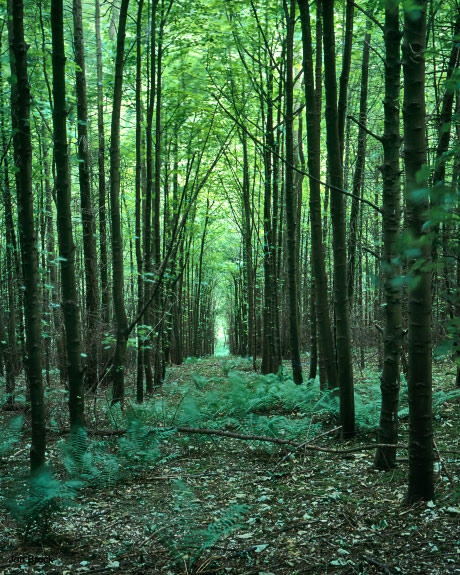 Whilst we were inside the forest, the light outside was of course performing like crazy only to die out again the moment we packed up and headed out. However it did have its consolation as Paul, investigating back outside whilst we slow large formatters were finishing off our images, found a brilliant clump of wild flowers.

I set this image up: 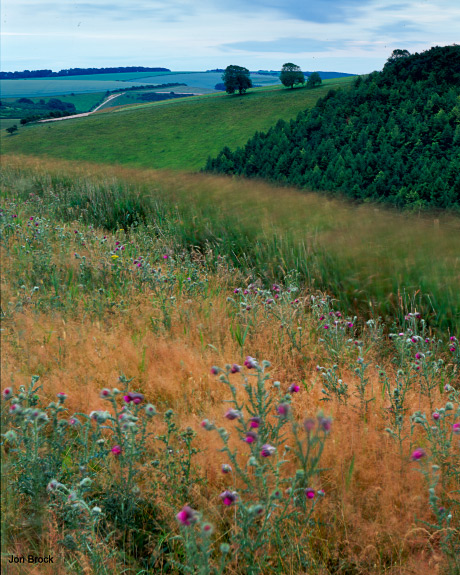 I love the movement in this image.

Thinking that we had reached the 'Thats all Folks!' stage with the light, I made the mistake of packing down my composition and investigating a nearby barrel. 20 minutes later, I regretted this as the clouds started to pickup the last light and suddenly everything was lit by a spectacular reddy/orange glow. It was quite sublime but a nightmare for a large formatter not set up. Paul managed to make a good image but once we got ourselves into gear Tim and I struggled valiantly to be setup in time.

I failed. The first image had a light leak as I stupidly forgot to put the slide back into the holder. The second suffered from the fading light as the light dropped during the one minute exposure on Velvia to underexpose the image. Tim didn't do much better, not helped by relying on my reading of the second image made as the light was fading. A graphic illustration of the large formatter's adage, if you can see it, you have probably missed it!

Nevertheless an excellent outing and it was good to meet up with Tim again after nearly a year. Hopefully we will be able to get out more frequently in the coming months.
Down South
Bishop Wilton at Dusk
Next
Previous