24/07/2011
Images from a session in May
Back in early May at the height of the Wild Garlic I managed to get out one evening with Paul Moon.

We decided to meet at Millington Woods and try out the Wild Garlic - which is as good here as anywhere I know. 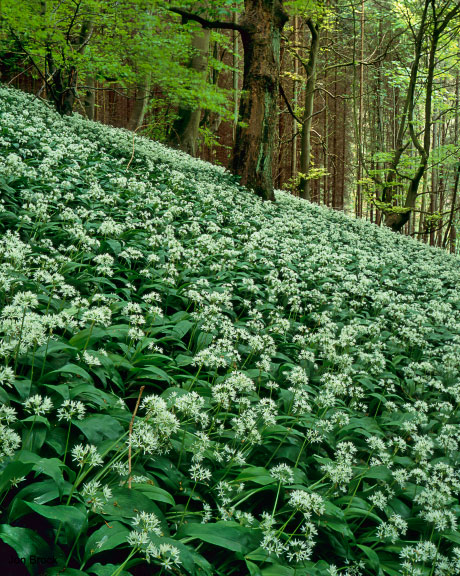 The first image was one of those that seemed to take an age to visualise. I knew I really liked the tree, but had considered and discarded so many angles that I had given up. The tree was nice but either the sky, or the branches of other trees seemed to upset the balance of the image.

I walked on a bit further but this patch of Garlic was without doubt the best I could see so I returned to reconsider. I eventually thought of the possibility of using the movements of the LF camera to adjust the image perspective to help it better balance.

Shooting centimeters above the Garlic I ran the plane of focus along the top of the Garlic to the trees, but using both front and rear tilts rather than the traditional single tilt to allow the rear standard to achieve the position I needed. Quite pleasing in the end.

Further round, after having found a couple of images that might work next year (needed better lighting) I also tried my hand at a fairly conventional but satisfying detail. 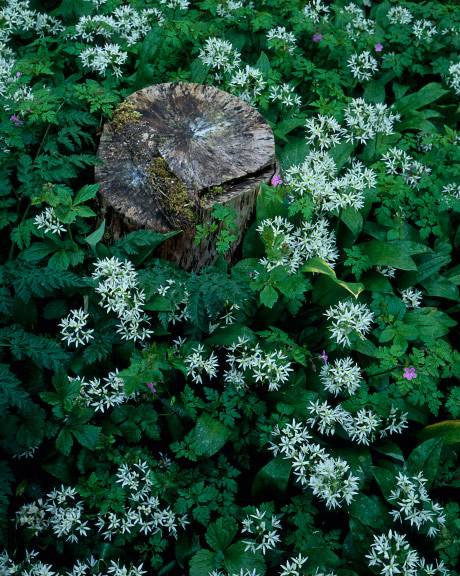 'Wild Garlic'
Fossils and Pictures
Flowers in the Wolds
Next
Previous