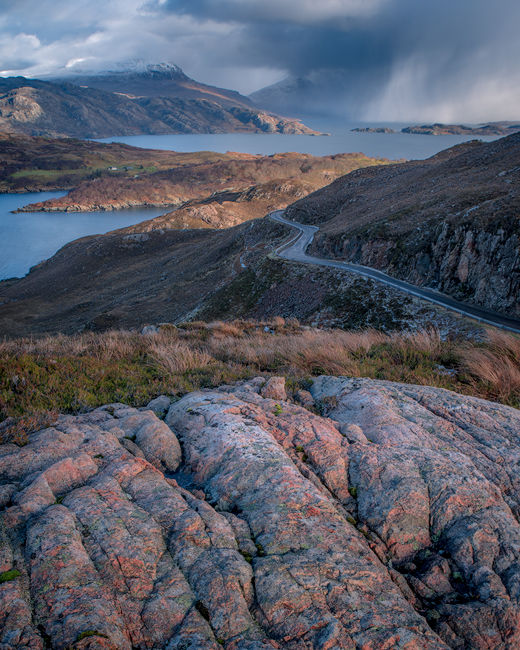 The final day on our recent Torridon trip was yet another epic day of photography. It was a day of chasing snow storms along the west coast besides Loch Torridon and the day when I made my favourite image of the trip, above.

The forecast was for frequent snow showers to come across from the west so we decided to work the Applecross road again looking out to Skye and back across to Loch Torridon. After a spot of lens and camera testing, we found an excellent spot about 20 minutes before the first major storm came through. Unfortunately, I was caught holding the handheld Sony A7Rii rather than the GFX which was in the car (how many times must I learn that lesson?) but managed to make this image before the snow shower hit us full on. 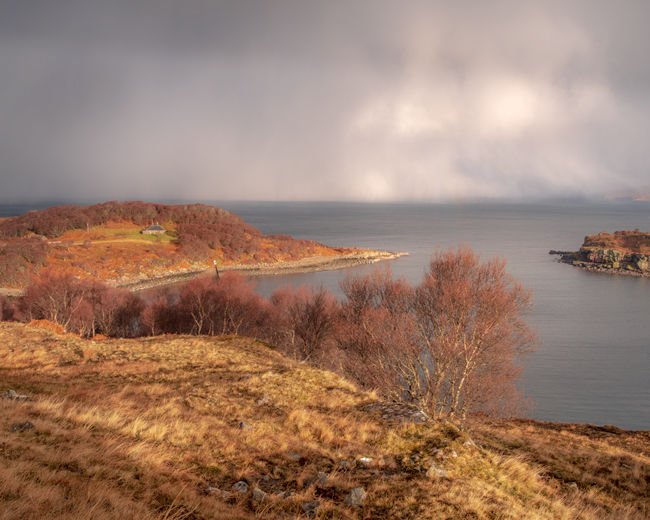 There was a time when the quality from a backup handheld camera would have been no match for my main camera. Not anymore. The quality differences are marginal in my view - in the 5-10% range - and the main advantage of the GFX is to be found in slowing me down and encouraging me to exploit the visualisation and movements a view camera on a tripod offers.

I took the opportunity to make a couple of pictures of Dave and Guy at work. Guy had hunkered down with his tripod when the snow storm hit and found a spot to capture the clouds and light as the storm cleared through. 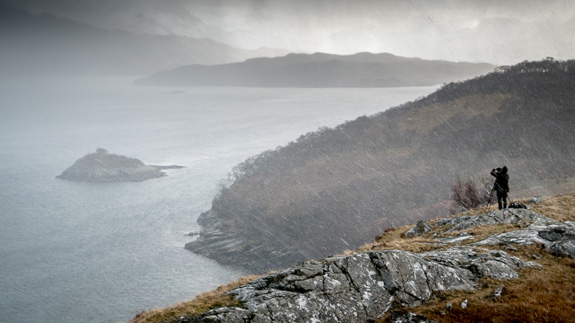 Dave on the other hand was demonstrating his mobility and agility, capturing the rapidly changing light with his Nikon. 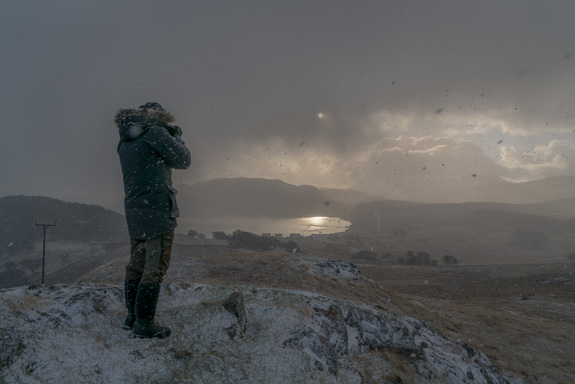 It was an epic 30 minutes of snow shower madness.

We drove further round the peninsula to eat lunch and recover from the adrenaline rush. From our vantage spot we were able to watch the storms forming out to the west and try to predict where to be when they hit. I think I will never tire of the view over to Skye from the mainland, especially with snow capped mountains.

We had plenty of time to plan for our sunset position and we found a location that looked like it might improve on the views from a few days earlier. As we were climbing up the hill, it became clear an amazing snow shower had sneaked around the back of us and was in full flow across the bay. We each rushed to find a suitable spot to photograph. At this point all the work of the last few days with the Cambo Actus came together. I spotted a lovely configuration of elements connecting the road to the hills behind. However rather then dive for a longer lens, I immediately started hunting for foreground material that would work to integrate front, middle and back of the image using a wider lens - the 35mm 645 Pentax. Working at high speed, I setup, focused and made the image at the top of the page - my favourite of the trip.

The storm we had been watching was now moving towards us and there was just time to hunker down before the snow hit us again.

It was brutal. The wind got up and for 30 minutes we were battered by the elements. I setup behind an amazing boulder Dave had found for the previous snow shower over the Loch but the way the shower cleared through was not as interesting. However I did get chance to make a quick snap of Dave and Guy waiting for the shower to clear. 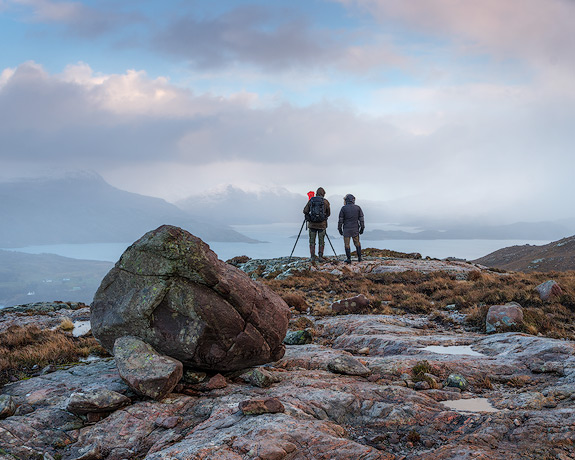 'David and Guy waiting for the snow shower to clear'

By this stage we were beat. It was time to head back to the lodge at the end of an amazing few days of photography.
Cambo Actus GFX
Day Five Torridon
Next
Previous