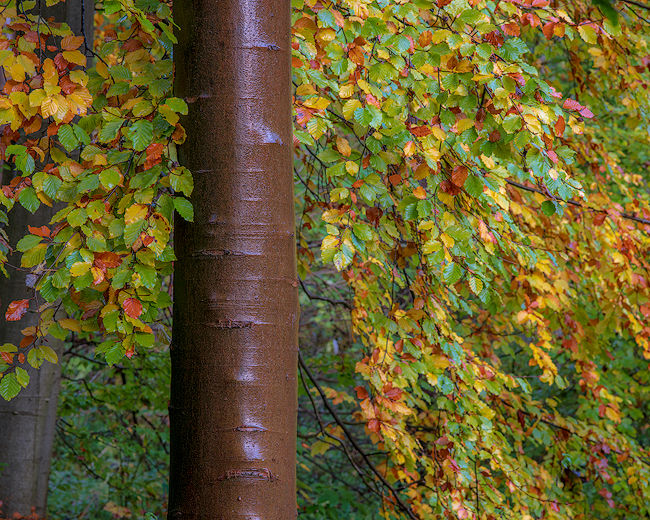 I met up with Paul Moon this morning for an excellent photography session in Millington. We met at Millington woods at 6.30 and with wall to wall blue sky promised we decided to work the woods until Paul had to meet a private client at 10.30.

I had in mind to make images for both my Millington project (black and white) and a series I have started on beech trees (in colour) so a degree of imaginative dexterity was called for. I started out with two images for the beech series. Firstly I set this image up attracted by the lovely jet black wet bark. 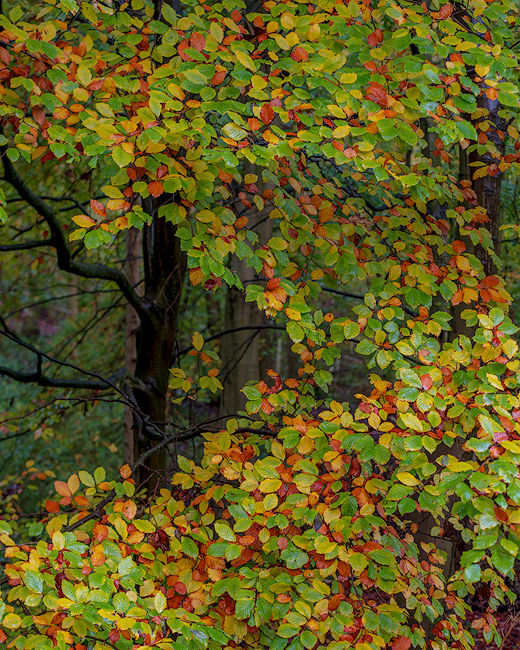 This was followed by the image at the top of the page which had a wonderful wet bark catching the slowly rising sunlight. It seems like it has been raining continuously for days.

With the sun getting up I managed to make a third beech orientated image across the woods. However the early morning indirect magic light was being replaced by harsher direct light on the trees. 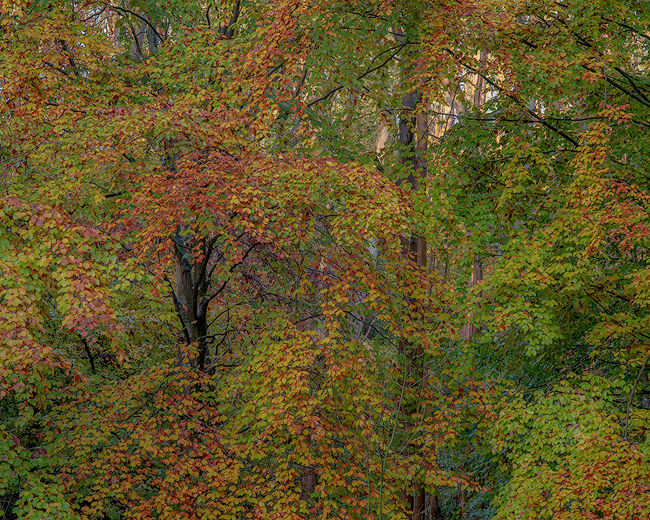 I also setup a detail on the logs which have become overgrown with their own micro ecology emerging. It was a pig to setup as the scene was too complex and I was balanced on the logs rather precariously. It was also a battle to make the image before the sunlight came up too far and encroached on the scene. The large format Nikon 120mm macro I used is simply an astonishing lens for this kind of subject matter. 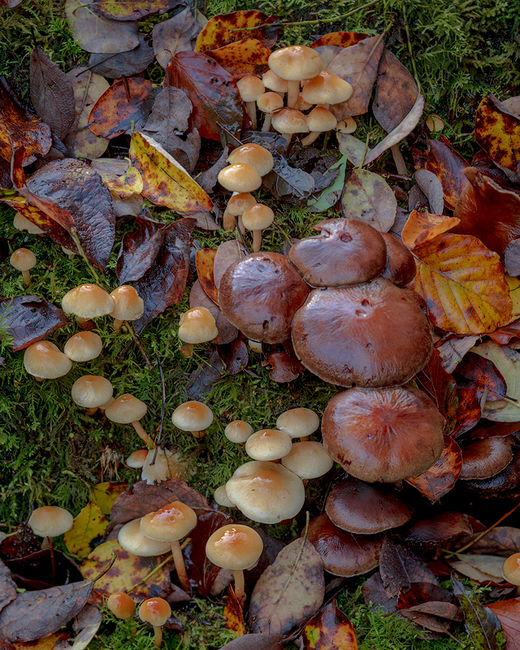 I then made a set of images that are candidates for the Millington project. Most of the Ash trees in the wood are now sadly dead. A lot of the trees near the path have been felled. The rest will just fall down over the next few years. Very sad. Here are the images made today - the aim was to capture something showing the cleared areas and find an image showing one of the fallen ash trees. Finally it was too tempting to pass on one of the old ideas capturing interesting trees using low depth of field. 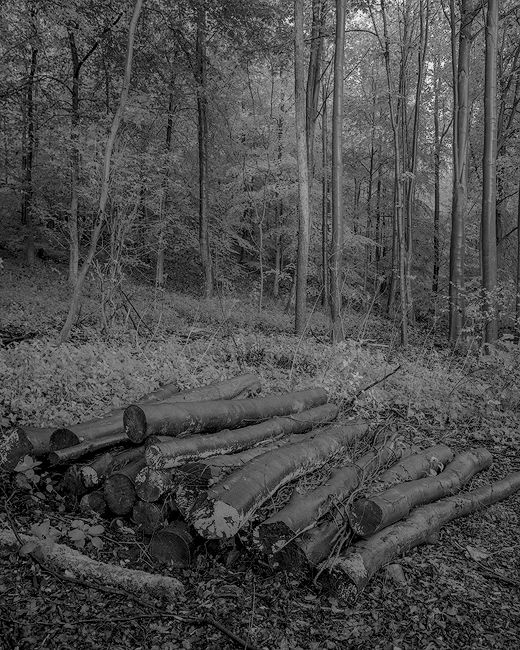 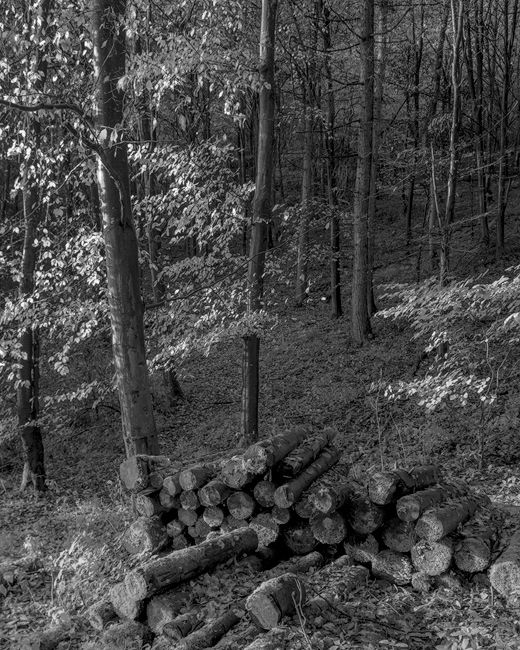 This section of the wood contains a number of dead or dying ash trees as well as a collection of nice ferms. Paul made an excellent fern image whereas I found a fallen ash tree. 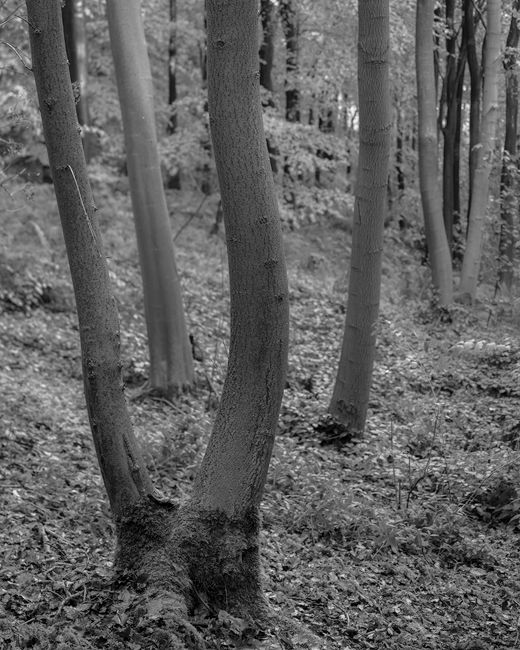 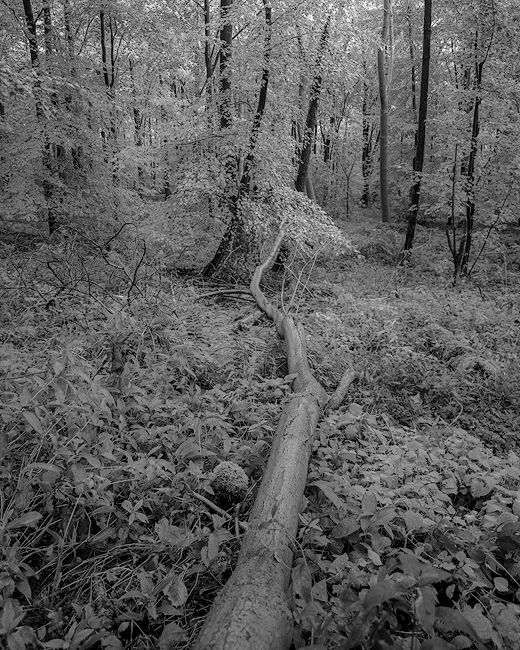 We were lucky enough to get some mist shortly after the sun came up and I made this image shooting directly into the light and mist. 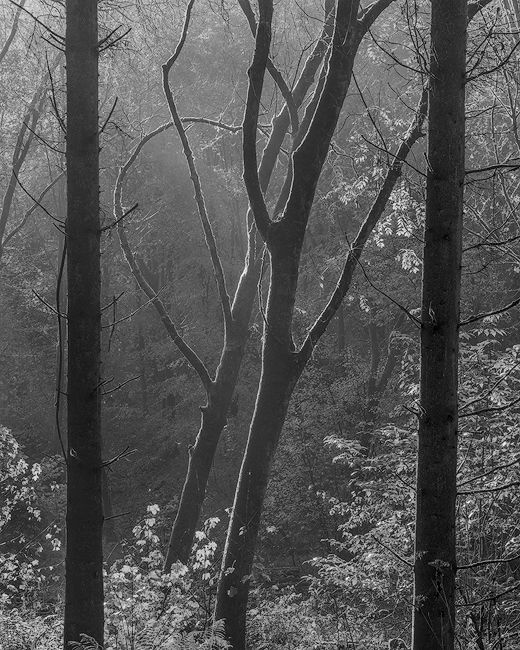 All in all an excellent morning outing.
Image in book
Dusting off my camera for the Autumn
Next
Previous