02/02/2020
Pictures from the final day of photography
After nine consecutive days making images, it was getting hard to focus. I found I was making elementary errors of judgement in compositional balance that I wouldn't normally make. However I was determined to have one final effort.

Surprise surprise it was yet another rainy day, the only consolation was that the winds were 'only' gusting at 40 mph today. So once again we headed for woods, in an area we had noticed to be very calm and sheltered from the wind when we passed it the day before.

Climing up a track besides a river towards a spectacular waterfall, I got stranded half way up intoxicated by some stunning lichen on the pine trees. So whilst the other boys made it to the plateau and shot the light over the loch, I used the light on the loch in the background of my first image, to help add an element of depth to the picture. 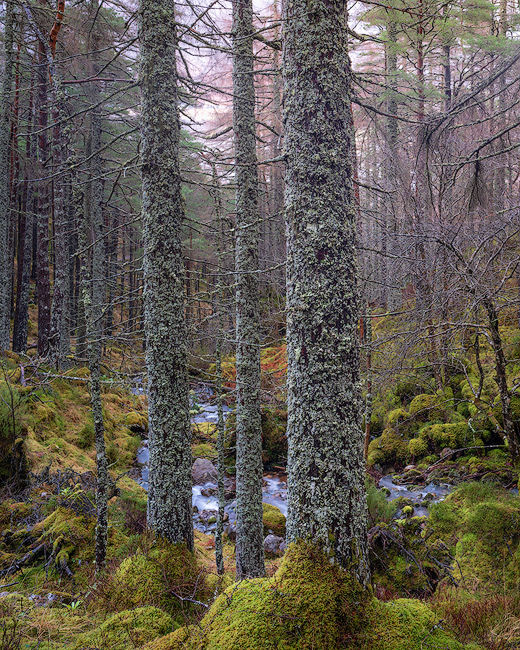 I worked the location for about an hour and managed to make a second image, less successful I think. 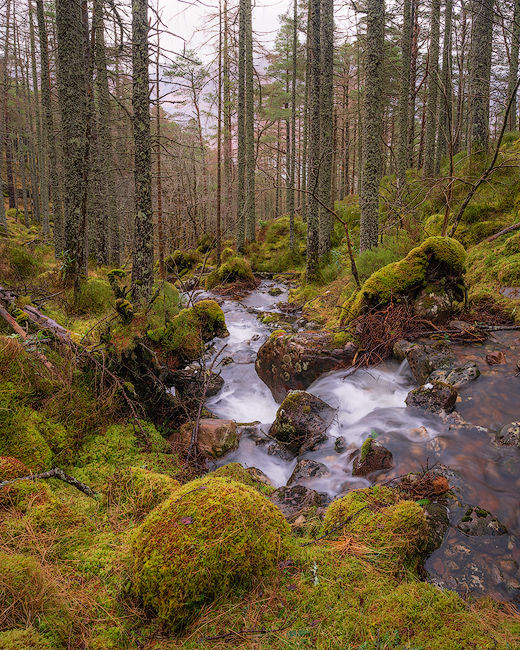 I managed a third reasonable effort playing with the dead Rododendrum trees (they are a terrible pest). 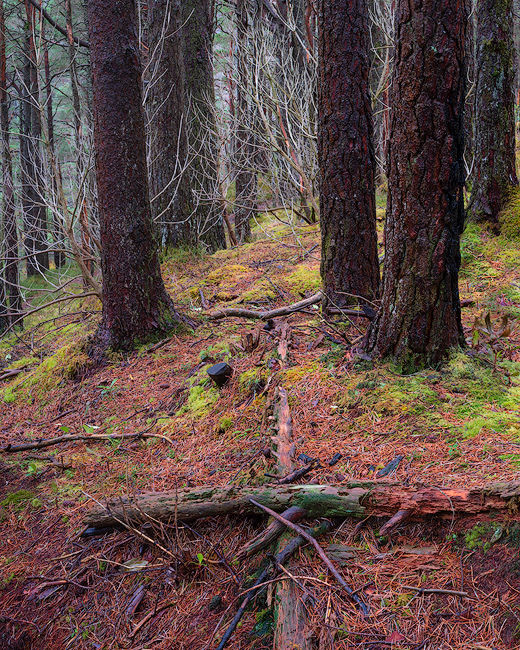 At the top, the boys posed for one final image. All of us in our absolute element. An hugely enjoyable trip once again. 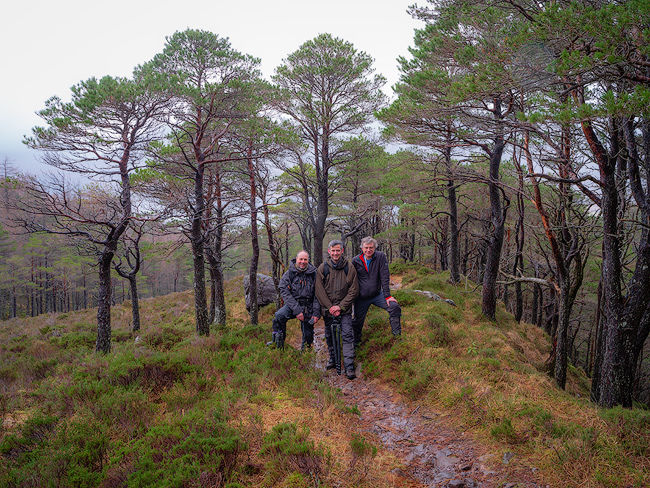