The future of film 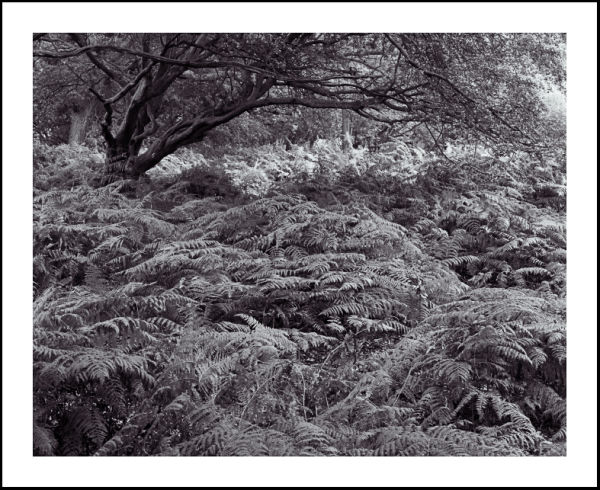 Last weekend, with a little trepidation and excitement, I put the first couple of sheets of Delta 100 through my beloved TK and sent them off to Peak.

The recent turbulence in the film manufacturing industry - the Velvia 50 sheet film news from Fuji and Kodak announcing its consumer film business is for sale - is creating quite a reaction; frustration, anger, despair, denial and even a little bit of told you so smugness have all been detectable in the pages of on-line discussions and musings.

Dislocation is invevitable as a once proud and ubiquitous mass manufacturing industry comes to terms with a total collapse of its demand. Short of declaring the film industry an essential public service and nationalising (this policy would have my vote!) there is little to be done to hold back the tide.

Film needs to restructure into a niche manufacturing industry as quickly as possible and we can only hope enough of our beloved product and the capability to innovate new analogue based product can survive this transition. I suspect this change is not one the current company and ownership structures at Kodak and Fuji care to manage. Diversifying into adjacent industries and disposal of unprofitable product lines is a more likely approach.

Look at vinyl - digital CDs killed the old analogue record industry - except that it didn't. It transitioned and niched. Record manufacture cultivated what remained of its dedicated old following and developed a new following based on quality. Record sales have even been rising not falling in recent years.

The answer is not for product managers to scare what remains of your market into panic stockpiling (thus killing the steady demand needed for sustained manufacture of a product - Velvia 50 is a case in point) but to carefully cultivate and stimulate what demand is left; manufacturing to order.

As a fully paid up member of the dislocated Large Format class I, like others, have to decide between denial and acceptance - sulking or moving on. Typically I am hedging my bets - I have a fairly decent stockpile of Velvia 50 sheet film to keep me going 18 months or more.

The part of me that is still firmly in denial fully expects that we have not quite seen the last of Velvia 50 in sheet film form, that Fuji will see the errors of its ways and continue to make available the film and format of choice for many of the worlds greatest landscape photographers. And that I will continue to be able to buy Velvia 50 in sheet film form whenever I run short.

However, the events of the last few weeks opens up the potential for new avenues, paths I might not have trod if I hadn't been pushed. So last weekend I loaded up my first sheets of black and white film for many a moon - Ilford of course - a company that has already been through painful restructuring and has managed the transition to niche manufacture.

Meeting up with Dave Tolcher this weekend and seeing his beautiful black and white work from 10 years ago reminded me there is a whole lot of potential and pleasure waiting to be had from the subtle arts of 5x4 black and white. My addiction to large format photography is because of the experience of using the camera not a particular film.

I don't expect it to be an easy ride - but hopefully it will be enjoyable. One of the main problems is the viewing mediums and preferences of the internet age do not reward the subtlety and tones of black and white work.

In this respect the contrast between the beautiful printed black and white work I saw at Dave's house yesterday and the overly brightened digital 'photos with impact' that seem to work on the internet has its parallels with the modern music industry - horribly compressed IPOD friendly pop music compared to modern beautifully recorded and mastered classical music intended for hi fidelity replay.

In the latter case the main difference is one of attitude and skill in mastering rather than any real limitation of digital technologies compared to analogue. Digital recording can produce stunning results (as can digitised analogue tapes) when mastered with sufficient dynamic range.

In both music and photography's cases the analogue generations were capable of producing beautiful results, though not without efforts. Although I am not quite prepared for the moment to give up the music equivalent of recording on analogue tape, I live in hope that the same quality as I saw in David's work can be sustained in the digital scanning and printing process - if not now, then soon.